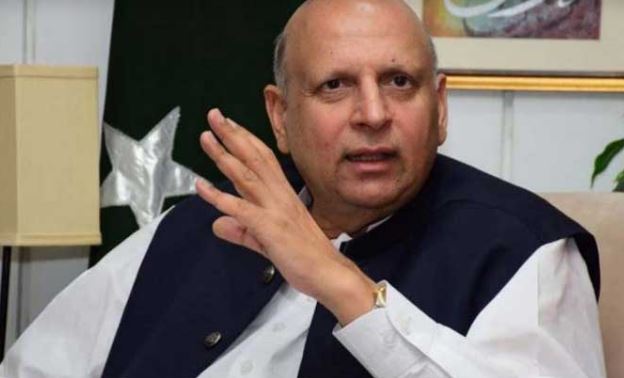 ISLAMABAD – Former Punjab Governor Chaudhry Sarwar announced that he would take part in active politics once again after December and said that the country is going through a sensitive phase due to political tension and division, adding that problems should be resolved through negotiation.

On the occasion of the departure of relief materials for the flood victims in Islamabad, Chaudhry Sarwar said that there is a flood situation, adding that he will think about politics after December. Now all the attention is on helping the flood-affected people.

“The ongoing political tension in the country should end. The country is going down due to political tension and division. There is a need to end the polarisation to take the country forward due to the lack of dialogue between them. The nation is suffering. We are all Pakistanis. We are brothers. Let’s sit together and solve the problems,” Sarwar added.

He further said that the people of Pakistan should vote for whomever they want, adding that he could not say anything about the immediate election.

Chaudhry Sarwar, regarding the relief materials, said that politicians and governments are requested not to play politics on such an occasion. To help the poor and deserving people, this money should be fully monitored so that it reaches the poor people and opportunistic people on the streets.