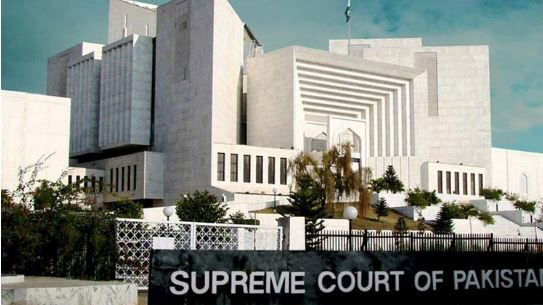 ISLAMABAD, JUL 26 – A three-member bench of the Supreme Court headed by Chief Justice of Pakistan (CJP) Umar Ata Bandial has resumed hearing on the petition filed by Chaudhry Parvez Elahi against Deputy Speaker Dost Muhammad Mazari’s ruling over the election of Punjab CM.

During the previous hearing, Supreme Court rejected the request of government allies and the Pakistan Democratic Movement (PDM) to form a full court, saying that the existing three-member bench will hear the case.

The apex court remarked that “We will hear the case on merit, we have examined the matter, and approve the pleas of Chaudhry Shujaat and PPP to become parties while going forward, and we will see what the full court bench has to do.”

On the other hand, the ruling alliance announced to boycott the Supreme Court proceedings after the apex court rejected the plea.

Pakistan Democratic Movement (PDM) chief Maulana Fazlur Rehman along with other leaders in a press conference said that they suggested the full court bench for the supremacy of judiciary.

“If the full court plea is rejected, we also reject this decision of the judiciary and we will not appear before this bench and we will boycott the case,” he added.

The PPP chairman and Federal Foreign Minister Bilawal Bhutto said that this is a unanimous decision of our alliance, adding that court repeatedly interfering in parliamentary affairs.

“This case is about the parliament and when you are giving decisions about an institution, we think your entire institution should sit and decide,” he said seemingly addressing the chief justice.

PML-N Vice President Shahid Khaqan Abbasi said it was a “test” for the apex court since it was a requirement of justice that a judge or bench recuse themselves from a case in which fingers were raised on them.

Following the ruling coalition’s decision to boycott the court proceedings, PTI reacted strongly and berated the ruling alliance for its decision.

PTI Vice President Shah Mahmood Qureshi called it an attack on the judiciary by the executive.

“Today, Pakistan Democratic Movement (PDM) has attacked the constitution, however, the nation will reject those who have rejected the SC’s decision,” he said.