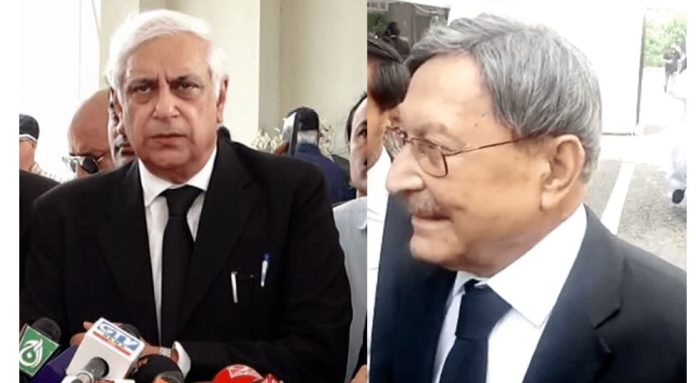 ISLAMABAD, JUL 26: The counsel for Punjab Assembly Deputy Speaker Dost Mohammad Mazari, Irfan Qadir, informed the Supreme Court on Tuesday that his client had instructed him not to participate further in the case proceedings and he would instead file a petition for review of the court’s decision not to constitute a full bench.

The hearings commenced shortly after 11:30am. The ruling coalition had earlier said it would boycott the proceedings in protest. Lawyers for both sides had arrived in court earlier.

The developments so far

During the election, Mazari had decided against counting the votes of 10 PML-Q lawmakers, which were cast in Elahi’s favour, citing a letter written by party President Chaudhry Shujaat Hussain in which he had instructed them to vote for Hamza instead.