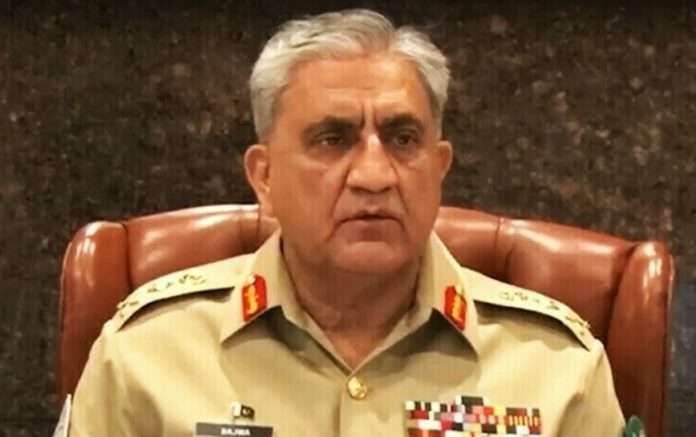 ISLAMABAD, OCT 21: Chief of Army Staff (COAS) Gen Qamar Javed Bajwa said on Friday he would not be seeking another extension in his tenure, which ends on November 29, asserting that the army had decided to distance itself from the country’s politics.

He made these remarks while addressing a security workshop in Islamabad. According to journalists who attended the workshop, the army chief said the military had decided to remain “apolitical”.

Gen Bajwa’s statement comes on the same day the Election Commission of Pakistan (ECP) disqualified former premier and PTI Chairman Imran Khan from being a member of parliament, finding him guilty of misdeclaration in the Toshakhana reference.

This is not the first time the army has directly addressed COAS Bajwa’s extension.

In April, Inter-Services Public Relations (ISPR) Director General (DG) Major General Babar Iftikhar had made it clear that Bajwa was neither seeking an extension nor would he accept it.

The statement by ISPR had come during a press conference days after Imran’s ouster as prime minister through a vote of no-confidence. During that presser, the head of the military’s media wing had also claimed that the military was “apolitical”.

These statements from the army’s top brass come amid accusations that the military meddles in the country’s politics, often favouring one political party or the other.

The next army chief’s appointment is also at times mentioned as one of the major subplots in the ongoing political crisis engulfing the country which began earlier this year following Imran’s ouster as premier.

It is widely believed that relations between the army and the PTI had soured in the months leading up to the no-confidence motion, reportedly over the appointment of the new chief of the Inter-Services Intelligence (ISI).

In the months after his ouster, Imran openly criticised the army leadership during his political rallies for meddling in the country’s politics and called on them to remain “neutral”.

Imran maintained that his criticism of the army was “constructive and for its own improvement”.

However, the army had expressed its displeasure over the PTI chief’s remarks in September, saying that it was “aghast at the defamatory and uncalled for” statements about its senior leadership.