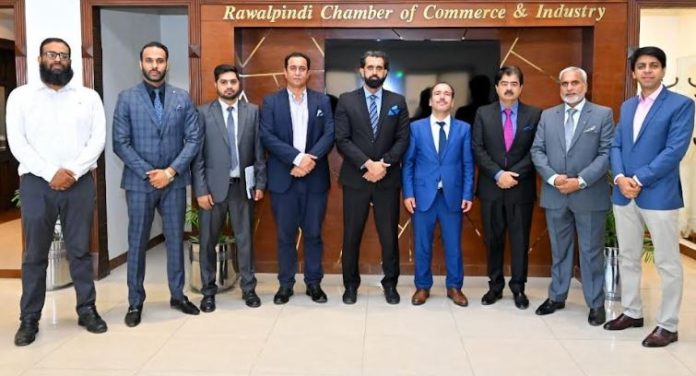 Commercial Consular Nurtin Damir while talking to the President of the Chamber Nadeem Rauf said that there are brotherly relations between Pakistan and Turkey, the volume of mutual trade is very low despite the potential. The preferential trade agreement (PTA) between Pakistan and Turkey was recently signed. He termed the PTA as a great success and expressed hope that the free trade agreement will be concluded soon. He said that Business-to-Business and People-to-People contacts have to be promoted between the two countries.

He said that such agreements determine the direction of the economy, 300 scholarships are also being given to Pakistani students every year.

Machinery, food, textiles, renewable energy such as solar, electric vehicles, defense equipment and IT are important sectors in which mutual trade can be promoted, he added.

He said that the trade volume between the two countries is around 1.2 billion dollars which is very low.