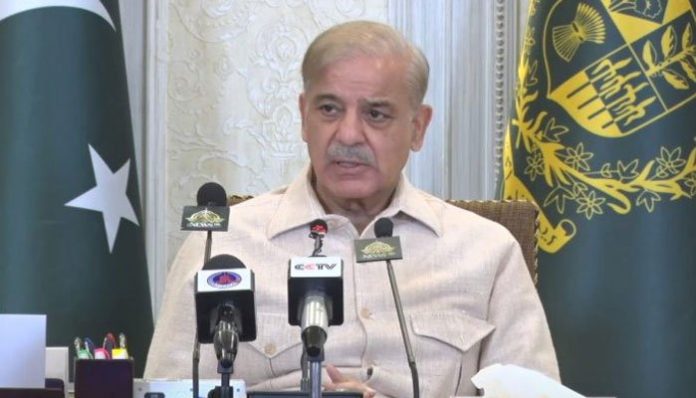 Prime Minister Shehbaz Sharif says it is his personal interest and commitment to building economic zones in Pakistan, particularly in Balochistan and Khyber Pakhtunkhwa.

He was speaking during a visit to the Rashakai Special Economic Zone on Wednesday. Rashakai SEZ is a flagship project under the industrial cooperation of the China-Pakistan Economic Corridor (CPEC) framework.

The 1,000 acres SEZ is developed by China Road and Bridge Corporation (CRBC) in a joint venture with Khyber Pakhtunkhwa Economic Zones Development and Management Company (KPEZDMC).

PM Shehbaz said that Pakistan can send our delegates from Rashakai to China and can have road shows there to attract Chinese investors to these places.

“We would like to engage Chinese companies to provide expertise and experience to manage other new economic zones in Pakistan,” he said.

Earlier, the PM said both countries were moving toward the second phase of CPEC, which comprised regional cooperation and industrialisation through establishing industrial zones.

In an interview with Chinese media, he said Pakistan’s skilled and semi-skilled labour was comparatively cheaper and the joint venture of Chinese technology and Pakistan’s labour and investment would help the two countries make production at competitive rates and export their products to other countries.

He said the first phase of CPEC featured road and energy projects to meet Pakistan’s power needs which transformed friendly relations into unique ones where people-to-people contacts had seen a new phase.

He said Pakistan and China enjoyed time-tested friendship which had attained more heights under the leadership of President Xi Jinping. He said in form of CPEC, Pakistan had been the first beneficiary of the Belt and Road Initiative (BRI).

To a question, the prime minister said the CPEC projects had faced some hiccups during last three to four years, however, the incumbent government was resolved to take it to “Pakistan Speed” to fill the gap.