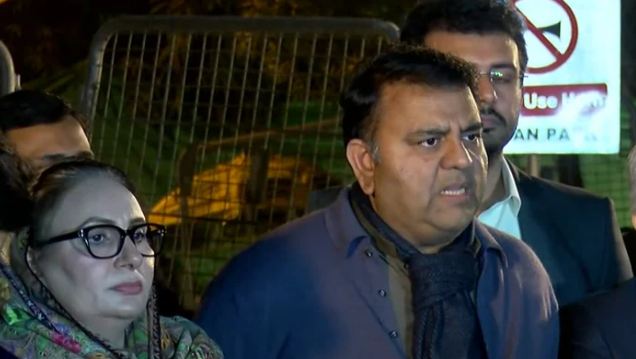 In a press conference in Lahore, the ex-information minister said the PTI and Pakistan Muslim League-Quaid (PML-Q) would ensure that the vote of confidence is attained at the earliest, which would, in turn, enable them to dissolve the assemblies.

The Lahore High Court (LHC) had, a day earlier, reinstated Elahi as the chief minister after the PML-Q leader — a strong ally of Khan — assured it that he would not dissolve the assembly once restored to office.

But in a turn of events, he and the PTI both reaffirmed their resolve to disband the legislative moments after the chief minister had submitted an undertaking to the LHC that he would not dissolve the assembly.

“We are confident that we have the majority. If we exclude Speaker [Sibtain Khan], then we have the support of 187 lawmakers. The chief minister has also promised that is ready to dissolve the assembly,” Fawad said.

The senior vice president added that PTI Chairman Imran Khan had summoned a meeting of the party’s senior leadership today, where it was decided that the vote of confidence will take place at the earliest.

As part of the plan, a PTI delegation will meet Elahi and his son — Moonis Elahi — to discuss the decision and fix a date for when the chief minister will take a vote of confidence.

“The Punjab Assembly will be dissolved after the chief minister takes a vote of confidence. Elahi has the support of 177 PTI lawmakers and 10 PML-Q members,” he noted.

The political crisis in Punjab does not seem to be ceased soon as lawmakers sitting on treasury and opposition benches appeared at loggerheads over who will get the CM’s Office and who will take it over next.

But Punjab Assembly Speaker Sibtain — a PTI leader — termed the order against the Constitution and adjourned an ongoing session till Friday — which resumed today.

Following this, in a notification issued in the wee hours of Friday, the governor de-notified Elahi as the chief minister, citing his reluctance to take a vote of confidence.

But the PTI and PML-Q alike rejected the notification and moved the Lahore High Court (LHC) against it. The court then reinstated Elahi and asked him to not dissolve the assembly.

The court suspended the governor’s order till the next hearing and also did not make it compulsory for the chief minister to take a vote of confidence on the Punjab governor’s orders.

However, it noted that the court’s order “will not preclude the petitioner from taking a vote of confidence on his own accord”.

But the government is still not satisfied with the order and has asked the Supreme Court to take suo motu notice of the LHC’s ruling.