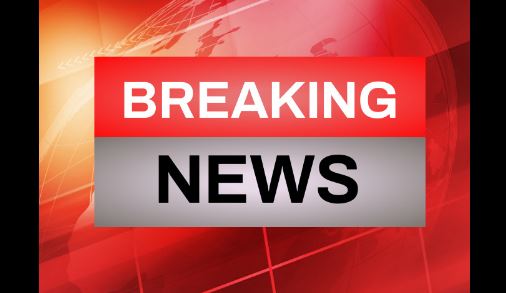 Islamabad, SEP 27: Whimsical decisions and speech acts of government elites required better planning and delivery in order to act in unison in the face of globally emerging alliances, said Dr Khuram Iqbal, Head of the International Relations Department at the National Defense University (NDU) Islamabad. He was addressing a roundtable discussion titled, “Emergence of Maritime Alliances: Case Study of QUAD, AUKUS and I2U2”, jointly organized by the Institute of Regional Studies (IRS) and National Institute of Maritime Affairs (NIMA), here on Tuesday.

Discussing the role of emerging alliances and the resultant shift in global power dynamics, Dr Khuram added that it was high time to analyse if QUAD actually bore the potential of evolving into a full-fledged military alliance. At present, he said that QUAD was merely a multilateral dialogue platform and was bound to function as such for another few years. He added that lack of formal institutionalization and socialization in addition to an increased level of economic interdependence among the member countries were precursors to the fact that QUAD would remain a dialogue platform. While addressing the underlying reasons behind the creation of these alliances, Dr Iqbal said that China had tried its best to shun down its image as a revisionist power. It was unfortunate that this Chinese rhetoric was not reciprocated by the West and that was what fed continued tensions between China and the West. It appeared as if the West was bent on creating an adversary for itself. If there was an anti-China force to emerge, it would be AUKUS, not QUAD as AUKUS had a particular Anglo-Saxon niche to it, he added.

Mr Syed Muhammad Ali, International Policy Expert said that AUKUS had exposed the true expressions of the Anglo-Saxon world, feeding on the supremacy of the existing order whilst posing a challenge to the emergence of competing powers. One of the main features of AUKUS, he said was to ensure defense industrial integration. He added that the US was determined to develop a favourite in the Asia Pacific and also that the emerging alliance system to contain China had a certain hierarchy. The nature of alliance that the US was building was fundamentally different from what China could work with. China could not operationalise an alliance of similar nature, he added. He expressed hopes for Pakistan to work along the emerging alliance systems as India had been hedging over the opportunities, making the most of the global power transition.

Dr Nazir Hussain, Dean Social Sciences, University of Wah, said that the American foreign policy was a collection of clearly chalked out policies. The traditional geo-political framework was now evolving into a more geo-oceanic framework, putting the traditional international relations under tremendous stress. I2U2, also referred to as the Gulf NATO or Arab NATO in this regard, was mainly focused on securing the maritime interests of the partner countries. The US realized it could never match the Chinese BRI. It was through these alliances that the US aimed to deal with the rise of two countries, i.e., China and Iran. I2U2 among others, bore serious potential to evolve into a full-fledged alliance. He said it was imperative to accord Iran and Saudi Arabia the respective significance of Pakistan’s geo-political partner geo-economic partner.

Some experts at the roundtable also discussed the apprehensions about QUAD and AUKUS. While AUKUS was seemingly more organised, it was important to reassess if it was worthwhile waiting for these alliances to optimally materialise or was going into a reactive mode the best course in present times.  It was important to realise that while these alliances did come with certain challenges, the opportunities that they carried could not be ignored. Countries like India, Iran, and the UAE were actually looking out for themselves and it was high time that Pakistan did so too.

Mr Taimur Fahad Khan, Research Associate at the Institute of Strategic Studies Islamabad (ISSI) said that while calls for proactive engagement in maritime affairs did seem like a reasonable option amidst the emergence of new alliances, it was vital to first devise Pakistan’s true maritime priorities.