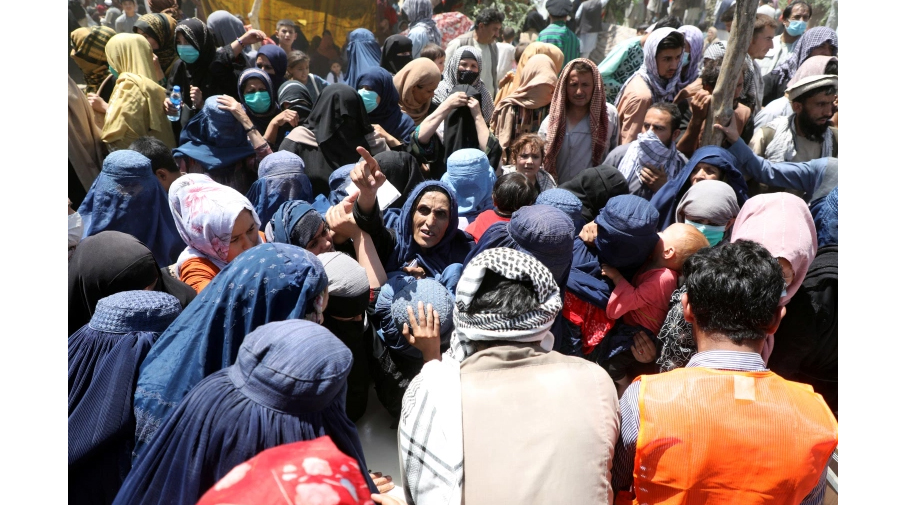 ISLAMABAD, SEPT 21 (DNA) – Regional countries have greater responsibility to reach out to the people of Afghanistan as the country was in limbo after US withdrawal. The whole region would feel the heat if the humanitarian crisis was not dealt effectively. In this difficult time, relationships with the people of Afghanistan be kept separated from the regional politics. These were the views expressed by the panelists at the webinar organized by the Institute of Regional Studies on ‘Regional Response to Stability in Afghanistan’.

China was actively engaged with the Taliban government for an inclusive political setup in Afghanistan, said Wang Zhen, Research Professor of International Studies at Shanghai Academy of Social Sciences, China. Meanwhile, China’s humanitarian assistance to the people of Afghanistan was continued, he added. However, Beijing’s concerns remained as inclusive government, respect for human rights especially women and girls, prevention of trans-border terrorism, he further said. Prof. Zhen dispelled the impression that China’s involvement in the post-US withdrawal was targeted at exploiting Afghanistan’s natural resources, adding that ‘China respects Afghanistan’s sovereignty as its policies were strictly based on non-interference principles’.

Rise of militancy, mass migration, and drug trafficking were the serious concerns of Central Asian states and Russia, said Dr. Zahid Shahab Ahmed, Research Fellow at Alfred Deakin Institute, Australia. Dr. Ahmed said that the inclusion of Tajiks, Uzbeks, and other groups in political setup remained the priority of Central Asian states and Russia. The potential of multilateral engagements such as Shanghai Cooperation Organization (SCO), and Collective Security Treaty Organization (CSTO) need to be fully exploited to address Afghanistan challenges, he stressed.

‘Russia has been in contact with the Taliban even before the US withdrawal, and has stable relations with other stakeholders’ claimed Dr. Vadim kozyulin, Head, Center for Global Studies at Diplomatic Academy of the Ministry of Foreign Affairs of the Russian Federation. ‘Russia was also in contact with regional countries since Moscow’s interests vis-à-vis Afghanistan were not different from China and Central Asian states, said Dr. Kozyulin. He was of the view that regional states had to play a role as US and Western countries were no more interested in Afghanistan.

There must be a hierarchical approach to human rights in Afghanistan said Dr. Afzal Ashraf, Fellow at the Royal United Services Institute, UK. He was of the view that democratic values and larger human rights issues were only be cared when people of Afghanistan were enjoying the right to live with freedom. Dr. Ashraf urged Iran and Pakistan to work together in transforming the Jihadist ideology of the Taliban. He cautioned that the Taliban might fail to run the state if proper guidance from the regional states was not provided, and regional intervention must be based on non-interference principles, he added.

The humanitarian crisis in Afghanistan was serious, said Dr. Salma Malik, Asst. Professor at QAU, adding that mass migration amid a rising humanitarian crisis would potentially threaten the security of the entire region. Dr. Malik cautioned that there was a possibility that Afghanistan would become a hub of proxy wars, and for that, Pakistan had to be prepared. Dr. Malik called for clear, and concise policies towards Afghanistan, especially regarding refugees. She urged Pakistan to play a lead role as the country was a potential stakeholder in peace in Afghanistan.