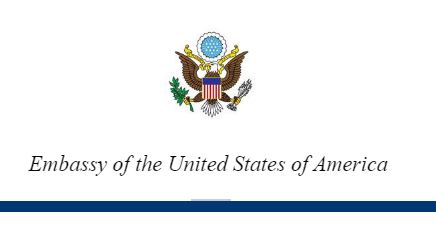 ISLAMABAD, SEPT 21 (DNA) – The United States and Pakistan reaffirmed their commitment to work together to address climate change through the creation of the U.S.-Pakistan Climate and Environment Working Group.  Addressing the Working Group on September 20, U.S. Chargé d’affaires Angela P. Aggeler hailed over 50 years of U.S.-Pakistan partnership and cooperation on energy and the environment, which has facilitated more than $900 million in new investments in renewable energy, supported programs in water and climate-smart agriculture, and spurred the installation of air quality monitors across the country.

Chargé d’affaires Aggeler lauded the efforts Pakistan has made in climate adaptation and land use through initiatives such as the 10 Billion Tree Tsunami and Clean Green Pakistan, stating “those initiatives raise public awareness and show Pakistan is an active player in the fight against climate change and environmental degradation.”

Noting that Pakistan is among the countries most vulnerable to the destructive effects of climate change, she emphasized that greater action for climate change mitigation and adaptation is important for Pakistan’s large and growing population.

Chargé d’affaires Aggeler also highlighted that President Biden has placed climate change at the center of U.S. foreign and domestic policy.  “By 2030, the United States plans to reduce emissions by 50 to 52 percent compared to 2005 levels, to achieve climate-neutral by 2050 at the latest,” the Chargé d’affaires said.

Speaking during the Working Group, Special Assistant to the Prime Minister on Climate Change (SAPM) Malik Amin Aslam welcomed cooperation on climate change between the United States and Pakistan, stating this re-affirms and cements the green development vision shared by both countries and championed by the leadership of Prime Minister Imran Khan and President Joe Biden.=DNA