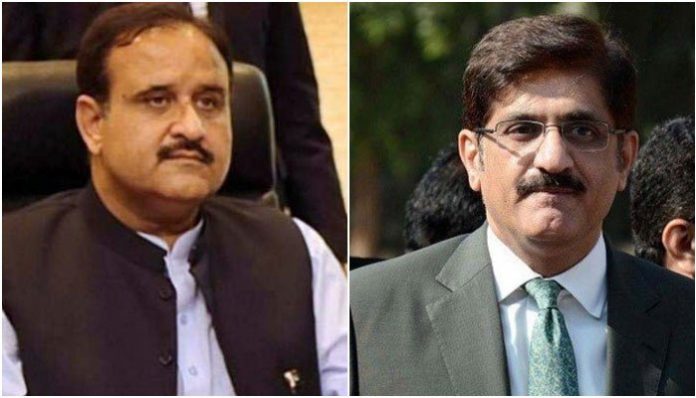 LAHORE/KARACHI: After 25 new coronavirus case were reported in Punjab on Tuesday, taking the provincial tally to 676, the provincial government has decided to follow Sindh’s lockdown strategy to curb the spread of the virus, reported The News.

Under the strategy, taking effect from today, all grocery and general stores will remain open from 9am to 5pm; however, medical stores and pharmacies will be exempt from the new timing.

Punjab Chief Minister Usman Buzdar while briefing the media on Tuesday had said the government would take all possible measures to protect the health and life of people.

Last week, the Sindh government had restricted the retail shops, groceries and general stores to operate between 8am to 5pm.

In another major development, the provincial government locked down the entire Raiwind city after 27 people were tested positive.

The number of deaths in the province now stands at nine. In a statement issued by the Home Department, the decision was taken during a cabinet meeting on Tuesday after multiple cases of the virus were reported in Raiwind.

The countrywide death toll now stands at 26, with the number of confirmed cases in the country over 2,000.

“The issue is of local transmission and we have to contain it through strict measures,” he said during his daily briefing.

The health department told the chief minister that 45 hospitals with 505 beds had been provided with the required facilities of isolation and treatment of COVID-19 patients.

According to the Sindh Health Department, it has tested 1,388 samples of the suspects against which 1,329 results have been received, of which 272 or 20 per cent have been diagnosed as positive.

The chief minister said that the purpose of lockdown would be served when everyone would observe social distancing voluntarily.

“I would request our people to please stay home, be safe and let others to be safe,” he said.

Meanwhile, Prime Minister Imran Khan Tuesday expressed displeasure at the non-implementation of the National Coordination Committee’s decision to resume the goods transport service across Pakistan and directed the Rangers to secure and ensure a smooth food supply chain from Sindh onwards.

Addressing a press conference after attending the federal cabinet meeting, Special Assistant to the PM on Information and Broadcasting Dr Firdous Ashiq Awan said the premier expressed his strong-worded displeasure when he was told that the NCC decision on resuming the goods transport service for the supply of essential items in the four provinces, Gilgit-Baltistan and Azad Jammu and Kashmir (AJK) was not being implemented in true spirit in Sindh.

Dr Awan said Pakistan’s imports and exports, which were carried out from the ports in Sindh, were facing multiple challenges due to the lockdown and suspension of goods transport service.

Taking notice, the premier directed the Rangers to immediately remove hurdles in the resumption of goods transport service for smooth supply of food items. The prime minister took the cabinet into confidence on the measures taken so far to prevent the spread of coronavirus and minimize its impact on the national economy.