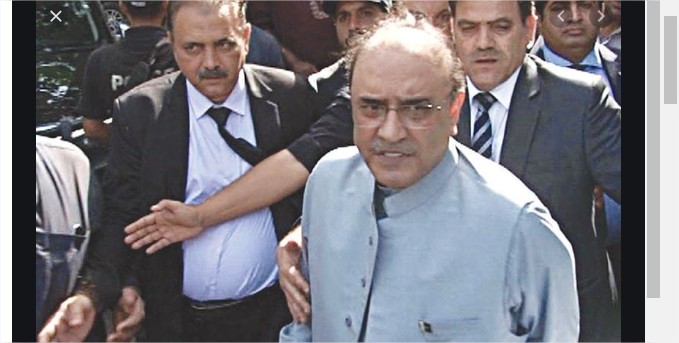 An accountability court in Islamabad has decided to indict former president Asif Ali Zardari via video link on July 6 in the Park Lane reference. It is a part of the fake accounts cases against the PPP leader.

The court had initially decided to indict him on June 26 but the date was deferred as the PPP co-chairperson could not appear in court on Friday.

Zardari filed for an exemption from appearance. His lawyer, Farooq H Naek, said that it is difficult for him to travel from Karachi to Islamabad. He is old and vulnerable to the coronavirus, he argued.

“But you Mr Naek, have come to court too,” remarked Judge Azam Khan. “Do you not fear for your life? If you are coming then you bring Zardari too.” He then asked if Zardari was admitted in a hospital.

Zardari is at his home in Karachi, the judge was told. His doctors have advised him to not travel. He is also afraid of travelling by PIA now. The report on PK-8303 crash is out and you should look at the condition of the airline, said Naek, adding that international flights have stopped coming to Pakistan now.

The court asked if they can indict Zardari via video link. Judge Khan remarked that if Zardari can’t appear in person then he should appoint a person to appear for his indictment on his behalf.

Naek, however, said that they aren’t afraid of the trial but don’t want the investigation to be done in haste.

“There is no haste in this. This case has been ongoing for a long time now,” said Judge Khan.

The court ordered Zardari’s indictment via video link. Naek was directed to ensure that Zardari is there at the Registrar Office in Karachi to which, the lawyer said the government has advised people above 60 years to stay at home.

“Then make sure Zardari marks his appearance via video link from his house,” the judge said.

Naek submitted a petition seeking to defer the indictment till the country comes out of the coronavirus pandemic. The judge dismissed his petition and said that the case has been already been delayed.

Khawaja Anwar Majeed, on the other hand, marked his presence via video link. He is currently at a hospital in Karachi. He said his condition has improved, adding that he would have come to Islamabad if he could.

The Park Lane Estate company is a Karachi-based real estate firm. The anti-graft watchdog had initiated an inquiry against Zardari and his son, Bilawal Bhutto Zardari, on charges that they illegally transferred forest land to the firm in collusion with some government officials. Bilawal was given a clean chit in the case on June 12.