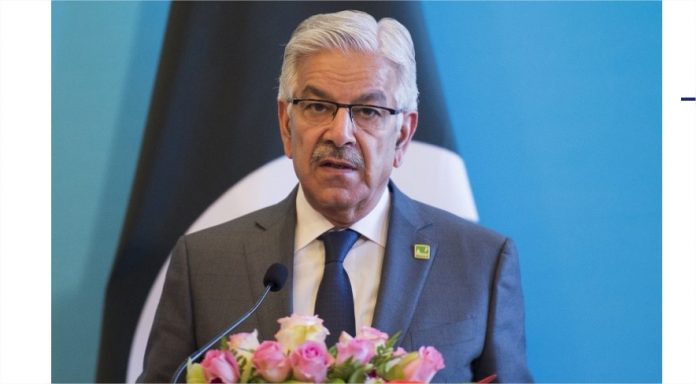 The National Accountability Bureau has summoned PML-N leader Khawaja Asif on July 3 after he failed to appear before the bureau in the Sialkot housing society case on Friday.

He has been directed to bring relevant documents to NAB’s Lahore office.

Asif told the bureau and he can’t appear on Friday because he has to attend a post-budget session in the National Assembly.

NAB has accused Asif of illegally building a private housing project, Kent View Housing Society, in Sialkot. He has been asked to submit details of the funds invested in the project by his family members along with a money trail.

The bureau claimed that the society did not stick to its original layout of 137 kanals and spread over to state land. The plots on public land have been sold to people.

Asif’s wife, Musarrat Ali, and son, Asad Asif, are also being investigated in the case.