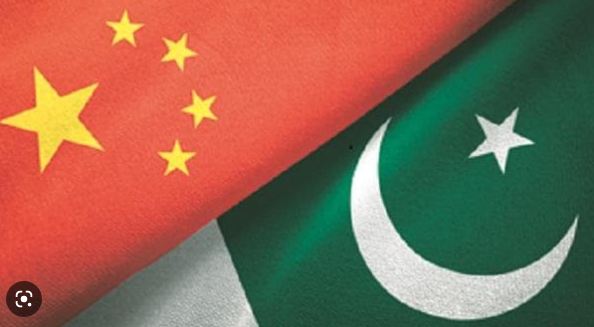 According to Gowder Pro on Tuesday, CPEC Health corridor has been announced in 2022. It has unleashed a new chapter of Sino-Pak synergic collaboration encompassing health domain. Luckily, CPEC has a robust model of “Health China 2030” to pursue to make things happen.

With Chinese cooperation, CPEC Health Corridor is likely to follow the policy that include training for primary health-care physicians, incentivizing high-quality and high-value care, integrating clinical care with basic public health services, and coordination between primary healthcare and hospitals.

Pakistan has a mixed health system that includes public, parastatal, private, civil society, philanthropic contributors, and donor agencies. According to a survey by The Lancet, the performance of Pakistan’s healthcare system as a whole, places it 154th out of 195 nations. Pakistan struggles to maintain a suitable healthcare system in terms of quality and accessibility as a developing nation with only 2% of its GDP allotted for total health expenses. The frequent cases of infectious and vaccine-preventable diseases in Pakistan illustrate that the country has a troubled healthcare system.

Besides various developments in Pak-China health sector cooperation in 2022, the announcement of the Health Corridor in CPEC is undoubtedly the biggest highlight of the year. According to Dr. Muhammad Shahbaz, President of the China Pakistan Medical Association, China-Pakistan Health Corridor (CPHC) will offer a framework on which Pakistan’s healthcare system can develop.

Alongside the major announcement of the health corridor under CPEC, health related cooperation between the two brotherly countries reached new heights in 2022. Some of the highlights of new strides in health sector are listed below.

In a major development, recently a symposium on medical device innovation and application was held in Shanghai, where three Chinese and Pakistani groups inked an agreement on medical cooperation.

According to the MoU, the trio will host the China-Pakistan International Medical Exhibition soon, which will feature exhibitions of medical supplies, equipment, and services.  Additionally, efforts will be made to work together in medical staff training, particularly in the use of cutting-edge medical technology.

According to Dr. M. Shahbaz, the three parties will also work together to prepare for the Belt and Road China-Pakistan Medical Forum, which will alternately be held in China and Pakistan and invite experts and companies that manufacture medical equipment from both nations to encourage the integration and cooperation of the medical industry.

Apart from millions of Covid-19 vaccines over the last two years, Pakistan also received more than 100,000 doses of China’s hepatitis A vaccination for adults and children in 2022. The Sinovac biopharmaceutical business in China, which produces the doses, donated them during a ceremony on during November, 2022 at the Ministry of National Health Services (NHS).

Moreover, earlier in 2022, a clinical trial of a Chinese herbal treatment to treat coronavirus succeeded in Pakistan. The drug, which is produced by Juxiechang (Beijing) Pharmaceutical Co Ltd, is already being administered to COVID-19 patients in China.

The Chinese government is also funding the construction of the Pak-China Friendship Hospital, which will be built on 68 acres of land, which is a cutting-edge medical facility for the residents of the port city of Gwadar, as part of the game-changing CPEC Project.

According to an official source briefing on the massive project, the project has been submitted for the implementation of Phase-II of a 50-bed hospital to be built under the Gwadar Development Authority (GDA) Business Plan. The hospital is expected to be completed soon.

Earlier in 2022 a major breakthrough took place in research on Traditional Chinese Medicine (TCM), when China’s Tang International Education Firm signed a Memorandum of Understanding with the Chinese education group and a Pakistani institution.

According to Que Haitao, vice director of the overseas operation centre at Tang International Education Group (TIEG), the MoU, which was signed between TIEG and Pakistan’s Islamia University of Bahawalpur (IUB), aims to increase cooperation in traditional Chinese medicine (TCM) between the two countries. According to Que, China-Pakistan Health Corridor is a contributing factor to the partnership. The deputy director stated that there has been continuing collaboration on TCM between the two nations for some years.

“We want to advance it through collaboration with educators.” In order to create a China-Pakistan medical centre and to develop TCM talent at the technical, undergraduate, and graduate levels, Que stated the first step is to work with Pakistani universities. The vice director stated, “More will be done to combine education with the industry, such as creating academic and industrial standards for TCM,” adding that the organisation has a team of about 20 foreign experts to work toward this objective. Such a partnership might be an addition to Pakistan’s current medical curriculum. “In Pakistan, few universities provide programmes in traditional medicine, including TCM.”

According to Prof. Dr. Yang Zhigang, deputy dean of the faculty of pharmacy at Lanzhou University, “knowledge of traditional medicine may be taught in the course of Pharmacy in several Pakistani medical colleges.” Dr. Yang told Chinese Media that Pakistan has thousands of varieties of medicinal plants, but the nation has lagged behind in both health-related and economic use of medicinal plants, an essential component of traditional herbal medicine, after conducting a field study of medicinal plants in the plant-rich province of Gilgit Baltistan in Pakistan in 2017.

Another fantastic news came during 2022, when the China-Pakistan Medical Association and the China Academy of Chinese Medicine jointly established the Pak-China Traditional Medical Alliance in Jinan, China. The Alliance will promote Research, professional training and the use of modern technology to foster partnerships in traditional herbal medicine.

Building healthcare facilities is one way CPEC may support the health sector. People’s medical requirements can be met by building BHUs, trauma centres, burn centres, and medicine stores close to CPEC projects. The issue of a shortage of safe drinking water facilities in rural places can be solved by installing tube-wells and water filtration plants as part of CPEC, notably in Sindh and KP. Pakistan should consider building “medical towns” in the urban cores of all four provinces, as well as GB and AJK, as part of CPEC. In Gambat, Sindh, the Pir Abdul Qadir Shah Jillani Institute of Medical Sciences is a prime example of a medical city with a collection of hospitals and health facilities outfitted with contemporary amenities. Pakistan may suggest building medical cities in significant urban centres during the second phase of CPEC, which is now under construction and has a primary focus on socioeconomic development.

To sum it up, the announcement of the Health Corridor can be a game changer for public wellbeing of the countrymen, as it will not only boost health of hundreds of millions but would also open new gateways for health tourism that would boost the health economy of Pakistan. Neighbouring India has been making billions of dollars through health tourism.

The availability of comparatively cheaper health labour coupled with modern health facilities in Pakistan may attract patients throughout the world to use Pakistani healthcare facilities in the future.