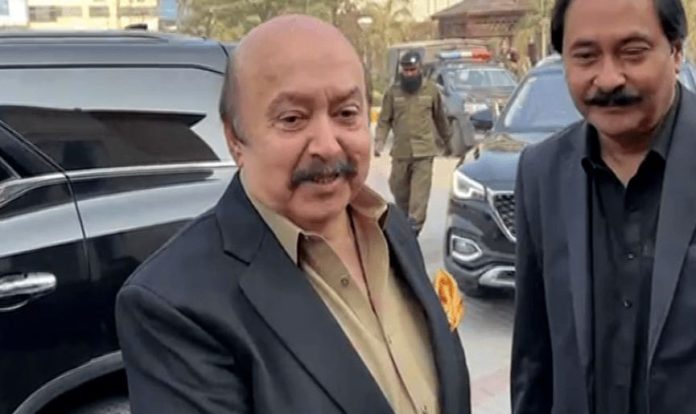 LAHORE – Political tension and constitutional crisis in Punjab, the largest province of Pakistan in terms of population, continues to deepen with Punjab Assembly Speaker Sibtain Khan and Governor Balighur Rehman at odds over calling a fresh session for a trust vote for Chief Minister Parvez Elahi.

On Monday last, the governor issued an order for calling a session of the Punjab Assembly on Dec 21 and requiring the chief minister to obtain a vote of confidence to show that he still holds the mandate. However, the speaker on Tuesday rejected the order as “illegal” and issued his two-page ruling, stating that until and unless the current session was prorogued, the governor could not summon any fresh session. He also cited a ruling of a three-member bench of the Lahore High Court in the Manzoor Ahmad Wattoo vs Federation of Pakistan case.

In line with the LHC s order, the chief minister should be given “not less than 10 days” to obtain the vote of confidence, he said. “Procedurally, that is the minimum time which is mandatorily to be provided to the chief minister.”

“In view of the above, the undersigned, in terms of Rule 209-A of the Rules of Procedure of the Provincial Assembly of the Punjab 1997, give ruling that the order of governor requiring chief minister to take vote of confidence, being not in accordance with aforementioned provisions of the Constitution and Rules of Procedure, may not be processed any further; hence, disposed of accordingly.”

The tussle has sparked a debate over the authority of the Punjab governor and the assembly speaker, with experts giving varying opinions.

Former Sindh High Court chief justice Shaiq Usmani, while expressing his views in Dunya News’ show Frontline with Kamran Shahid, said Mr Elahi would cease to be the chief minister if he failed to obtain the vote of confidence from the Punjab Assembly as asked by the governor.