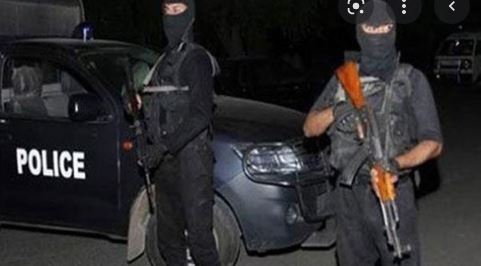 According to CTD spokesperson, an alleged terrorism has been arrested from the Mangochar Qallat area of Quetta. The alleged terrorist is affiliated with a banned outfit. The CTD has recovered weapon and explosives from his possession.

As per details, 1.5 kilogram of explosive material, 5 meter primacord and two electronic detonators were recovered from the possession of alleged terrorist. During preliminary investigation, the alleged terrorist has disclosed the name of his two accomplices. He confessed that two terrorists named Mehrab and Kambeer provided him weapon.