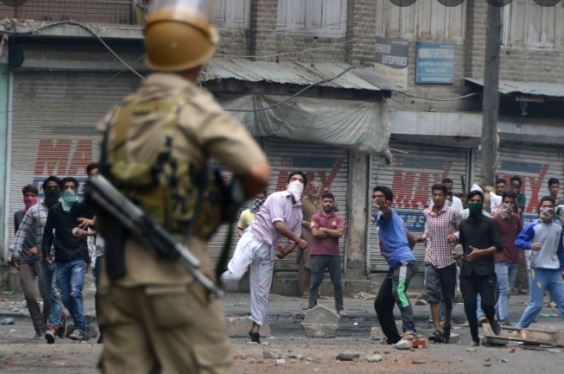 ISLAMABAD, NOV 6 /DNA/ – The Legal Forum for Kashmir (LFK) hosted an in-house discussion titled “75 Years of Horrendous Genocide in IIOJK” to commemorate the November 1947 Jammu Massacre, also referred to as the ‘Jammu Genocide,’ which was carried out by armed forces under the command of Dogra ruler Hari Singh in the winter capital of the disputed territory. According to an estimate by Kashmiri human rights organisations, the number of casualties’ranges between 200,000 and 300,000, and the magnitude of the slaughter of Muslims on a mass scale in Jammu between August and November 1947 has been labelled as a Holocaust of the East.

During the in-house discussion, the panellists elaborated on the horrifying planned genocide of Muslims that resulted in the conversion of Jammu’s Muslim majority into a minority. One of the panellists cited a report from The Times of London dated August 10, 1948, which detailed the Jammu Genocide, “237,000 Muslims were systematically exterminated … by the forces of the Dogra State headed by the Maharaja in person and aided by Hindus and Sikhs. This happened in October 1947, five days before the Pathan invasion and nine days before the Maharaja’s accession to India.”

Another panellist emphasised how Indian Hindu extremists were complicit with the Dogra ruler, and how a convoy of 70 trucks loaded with Jammu city Muslims left for Suchetgarh on November 6, with the Dogra ruler promising safe deportation to Pakistan. However, a few miles outside of town, the trucks were stopped, attacked and burned by armed jathas of Sikhs and Dogra state forces, leaving all the people burned beyond recognition.

After 75 years of Mass genocide in Jammu, the Indian government is executing a similar patter by settler colonial machination in IOJK. Since Aug 05 2019 when India robbed the Special status of disputed territory, they have normalized the settler colonial project by bringing a massive change in constitution and other laws which paved the way for non-Kashmiris to settle & seek job in Muslim majority region.

Online Speakers from IIOJK said India is doing similar thing in Kashmir to change the demographic status of Muslim majority into minority. Even the question of genocide is never far from discussion of these brutal settlements for example white settlers wiped out indigenous Tasmanians by executed genocide against the tribes.

The UN genocide watch issue alert Post August 05 2019 for occupied Kashmir, in which it identified the genocidal process, based on Dr Stantton’s 10 stages of Genocide. According to Dr Stanton the persecution of Kashmir’s Muslims has increased significantly on Prime Minister Modi’s watch. “So many of the early stages of genocide are already present. We don’t wait until it is a full out mass killing campaign to declare genocide. There are early warning signs of genocide now and that’s what we believe is the situation in Kashmir

The participants agreed unanimously that India’s atrocity crimes in IIOJK, such as the Jammu genocide, necessitate an independent and impartial international investigation to reveal the actual amount of lives lost, the number of rapes, the extent of torture, and the multitude of plundered properties. They went on to say that the status and number of survivors/refugees, as well as their current conditions, must be assessed in order to evaluate the true miseries and sufferings endured by Jammu Muslims and hold perpetrators accountable for horrendous crimes.

The attendees paid honourable homage to those who were martyred in the Jammu Genocide because of their religious identity and affiliation at the hands of Dogra ruler and Hindu extremists.