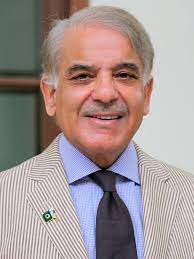 LONDON: Daily Mail’s council advised against fighting the case further after Shahbaz Sharif won the meaning hearing trial in February 2021, however, the paper kept delaying the apology on the PTI government’s assurances to help the paper firm up its case, sources said.

Credible sources told Geo News that Shahzad Akbar did everything in his power to push cases in the Federal Investigation Agency (FIA) and the National Accountability Bureau (NAB) against Shahbaz Sharif to help Daily Mail’s case. However, Justice Nicklin sensed what was going on and ruled in February 2021 that the outcome of cases against Shahbaz Sharif in Pakistan – including a NAB court conviction – will have no bearing on the UK trial.

Last week, the Daily Mail published an apology to Shahbaz Sharif and deleted the defamatory article after agreeing with Sharif’s lawyers to end the case.

Justice Matthew Nicklin said the article published by Daily Mail effectively declared Sharif guilty in the following words: “Mr Sharif was party to and the principal beneficiary of the money laundering of tens of millions of Pounds which represented the proceeds of his embezzlement whilst he was the chief minister of the Province of Punjab, of substantial sums of British public money that had been paid to the province in Department for International Development (DFID) grant aid and other corrupt payments received in the form of kickbacks or commission from government-run projects.”

Lawyer convinced Daily Mail to Back off

There were sufficient reasons why Daily Mail’s lawyer became convinced that their client cannot prove a case of corruption against Shahbaz Sharif and was likely to lose.

This meant the judge told Daily Mail’s lawyer that regardless of what happens in Pakistan, the paper has to prove its case in the UK as per the UK defamation laws.

Adrienne Page QC, appearing for Shahbaz Sharif, had told the judge that the Daily Mail article implicated the former chief minister of Punjab Shahbaz Sharif as being involved in the suspected theft of UK taxpayers’ money. The QC said: “That was hugely damaging and shamed Mr Sharif in the eyes of the British readers and to readers in Pakistan, a country which benefits hugely from the UK’s aid to its country. The suggestion that his administration was involved in stealing the UK’s money was a grave allegation.”

Adrienne Page QC told the court that the Daily Mail article declared that Shahbaz Sharif was “guilty of corruption” and “beneficiary of the laundered money from Britain.

Barrister Victoria Simon-Shore had appeared for Shahbaz Sharif’s son-in-law Imran Ali Yousaf. She told the court that her client rejected all allegations of corruption, misuse of funds and money laundering. The lawyer had rejected allegations by Daily Mail that Ikram Naveed was the frontman of Imran Yousaf. She said the allegation in the article that Imran Ali Yousaf “mysteriously accumulated” money because his in-laws were in power was far from the truth.

Justice Nicklin held that a connection with UK aid was emphasised throughout the article in all aspects and it would be very difficult for the reader to conclude how much UK money was embezzled.

The Daily Mail article criticised the Department for International Development’s (DFID) praise for Shahbaz Sharif and then made the most damning allegation in categorical terms.

David Rose wrote in the defamatory article: “All the time that DFID was heaping him and his government with praise and taxpayers’ cash, Shahbaz and his family were embezzling tens of millions of pounds of public money and laundering it in Britain.”

It’s this part of the article that formed the core of Justice Nicklin’s ruling that now the paper must show – nothing else, no hearsay, no allegations, no assumptions – but concrete and undeniable proofs that Shahbaz Sharif and family had embezzled “tens of millions of pounds of public money and laundering it in Britain”.

The judge had said that the paper published Shahbaz’s son Suleman Sharif’s denial in a vague way which wouldn’t convince a reader that the Sharif family spokesman effectively rejected allegations of corruption, money laundering and kickbacks.

Justice Matthew Nicklin had ruled that the entire article meant that Shahbaz Sharif was guilty of very specific crimes of money laundering, corruption, commission, and kickbacks.

Before the article was published, on Shehzad Akbar’s orders, David Rose was provided with the VIP government protocol in Pakistan.

The FIA and NAB – under instructions of Shahzad Akbar who ran the Assets Recovery Unit and was all-powerful – facilitated Rose by giving him access to papers, files, and under-custody persons who made statements to the reporter to suit the narrative of corruption and money-laundering in the article.

Mail’s lawyers admitted thrice in the Feb 2021 trial that they didn’t have “actual” and “substantial” evidence of money laundering by Shahbaz Sharif and Ali Imran Yousaf.

Immediately after Nicklin’s ruling, Shahbaz Sharif’s lawyer at Carter-Ruck issued a short statement saying:  “Mr Sharif said this is the first step towards clearing my name from the Mail on Sunday’s false allegations which should never have been published.”