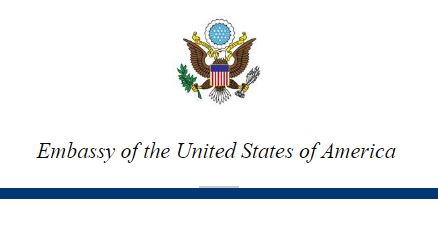 Islamabad, Aug 20: Deputy Chief of Mission Andrew Schofer celebrated the importance of the United States and Pakistan’s 75 years of bilateral relations when he met with approximately 700 alumni of U.S. government-sponsored exchange programs.  Alumni of U.S. educational and professional exchanges gathered in Islamabad on August 20 to share their experiences and to continue strengthening ties between the United States and Pakistan.

Recognizing the extensive contributions that members of Pakistan-U.S. Alumni Network (PUAN) have made to their communities since the organization’s founding in 2008, the Deputy Chief of Mission remarked, “the 75th anniversary of relations between our two countries demonstrates our enduring people-to-people ties.  The future depends not just on our leaders; it depends on our people.  PUAN and its 37,000 members are a great example of the power of that people-to-people relationship.”

During his speech, Deputy Chief of Mission Schofer also highlighted the countries’ strong bilateral partnership, including the 77 million COVID-19 vaccine doses the United States has committed to Pakistan, as well as the historic trade and investment relationship, which continues to see the United States as Pakistan’s number one export destination.

The Islamabad-Rawalpindi Chapter reunion brought together politicians, scholars, journalists, business leaders, cultural leaders, and students for their first post-COVID era event.  The chapter reunion featured a job fair which brought international and local companies to offer on-site job recruitment.  PUAN alumni have led dozens of service activities in the Islamabad area during the past year, improving their communities in the fields of education, leadership development, and women’s empowerment.

PUAN Country President Syed Khurram Gillani and Islamabad-Rawalpindi Chapter President Syed Shahid Kazmi encouraged participants to volunteer for the network’s philanthropic activities and to spread the knowledge they gained in the United States.  The network also recognized several prominent alumni and volunteer mentors who have given back to their communities with Distinguished Alumni and Emerging Leader awards.