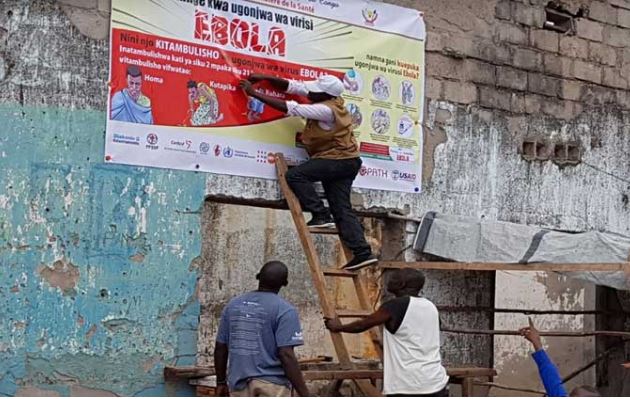 GENEVA – The World Health Organization (WHO) on Friday recommended two monoclonal antibody treatments against Ebola, saying the use of such drugs combined with better care had “revolutionised” the treatment of a disease once seen as a near-certain killer.

“Advances in supportive care and therapeutics over the past decade have revolutionized the treatment of Ebola. Ebola virus disease used to be perceived as a near certain killer. However, that is no longer the case,” said Robert Fowler, a professor at the University of Toronto, Canada, and co-chair of WHO’s guideline development group. Effective care and the use of these treatments now leads to the recovery of the “vast majority” of people from Ebola, he said, without giving specific data.

The new recommendations follow trials of the drugs against the hemorrhagic fever in Democratic Republic of Congo during a 2018-2020 outbreak there. Dr Janet Diaz, lead of the clinical management unit in WHO’s Health Emergencies programme, told journalists the drugs were currently available in Congo but more work was needed to improve affordability.

“Pathways to access is a priority to work on right now,” she said.