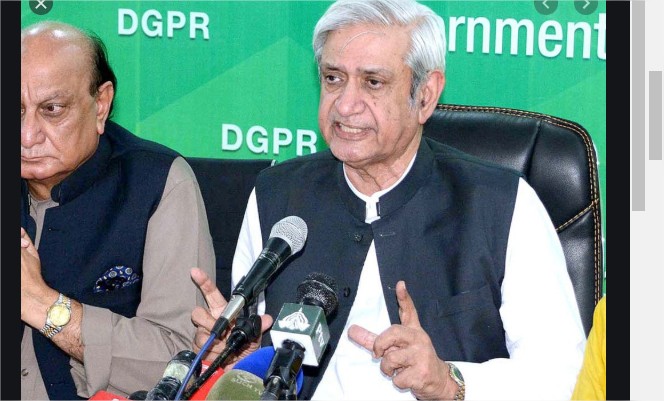 ISLAMABAD, June 20 (DNA): Desert locust situation in Pakistan has found
a new corridor — they are ente­ring Pakistan from Afghanistan to DI Khan
and Waziristan. Federal Government will spend Rs 14 billion and
provincial governments will contribute Rs 12 billion to counter the
locust.

This was stated by Federal Minister for National Food Security and
Research, Syed Fakhar Imam while chairing 5th meeting of NLCC on
Saturday.

He was of the point of view that locusts attack has been minimized by
combined efforts in majority areas. The teams on the ground were sent
out at night to spray and destroy locust when it rested, he told.

About 8,000 army troops were deployed for the anti-locust operation.
China extended financial help of USD 4.9 million to Pakistan by giving
it 53,000 liters of spray, sprayers and drones, he disclosed. He was of
the view that 20 aircrafts will be used for anti locusts operation.FAO
will handover 20 micronair sprayers in next week.

He also mentioned that ADB and World Bank will finance anti locusts
operation in form of USD 200 and USD 150 respectively. He also admired
Ministry of Foreign Affairs for their coordination. He praised ISPR for
locusts awareness campaign. A presentation was also given by Ministry
NFS&R regarding National Action Plan(NAP) for anti locusts.

Target has been set for treating crop area in first stage. Punjab will
treat 5 million Hectare (mn HA),Sindh will treat 1.5 mn HA, Balochistan
will treat 0.5 mn HA. Similarly KPK will treat 0.5 mn HA.As per NAP,
there will be a surveillance/control team that will be headed by an
etymologists. The team will also include locust assistant,
representative of local community and manpower from Pakistan Army. DNA