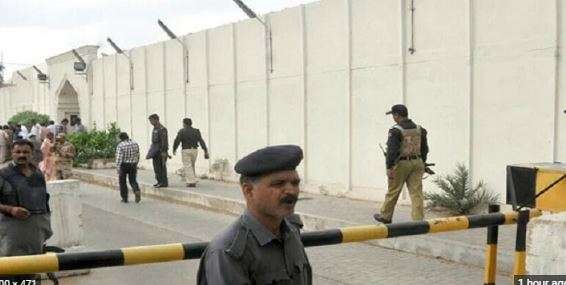 The Saudi team will also meet the Joint Investigation Team (JIT) probing into the 2011 murder case of a Saudi diplomat Hassan al-Qahtani. Sources said that the prime suspects of al-Qahtani’s assassination were hiding in Iran, whereas, Interpol also issued red warrants for the arrest of the accused.

Sources said that a suspect in the Saudi diplomat murder case was killed in a police encounter. The Saudi investigation team will stay in Pakistan for two days, sources added. An official of the Saudi consulate, Hassan al-Qahtani, had been killed in Karachi’s Defence Phase VI on May 16, 2011, by at least four attackers on two motorcycles after intercepting his vehicle near his residence in Khayaban-e-Shahbaz.

Minister for Interior Rana Sanaullah had asserted that the culprits involved in the assassination of Saudi diplomat Hassan al-Qahtani in 2011 would be brought to justice soon. The Interior Minister made these remarks during a meeting with the Ambassador of Saudi Arabia Nawaf bin Said Al-Malki who called on him in Islamabad in June.

During the meeting, Rana Sanaullah said that security cooperation between Pakistan and Saudi Arabia would be further enhanced. “Both the countries would jointly fight internal and regional security challenges,” he said, adding that any conspiracy to mar Pak-Saudi relations would be foiled jointly.