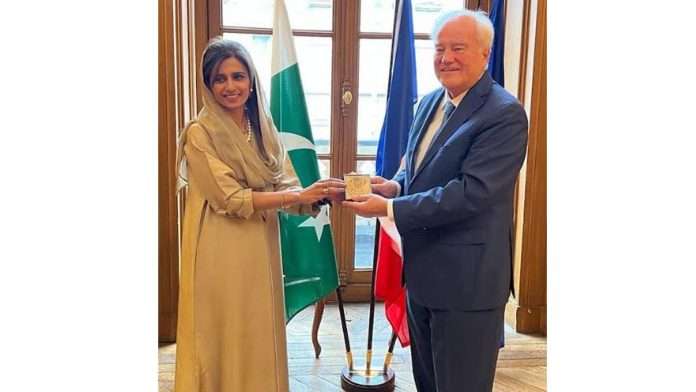 They discussed Pak-France bilateral relations, parliamentary cooperation, floods in Pakistan, climate change and regional and global issues. She also met a group of French intellectuals, members of think tanks and scholars at the Pakistani Embassy in Paris.

Issues of national, regional and global importance came under discussion in the meeting. high-level contacts between Pakistan and India resumed and Director General of Federal Investigation Mohsin Butt will attend the 90th General Assembly of Interpol in New Delhi tomorrow.

Indian Prime Minister Narendra Modi will chair the meeting and the FIA DG will attend the meeting along with a delegation. He will also hold meetings with heads of investigative agencies in other countries including India, sources said. =DNA