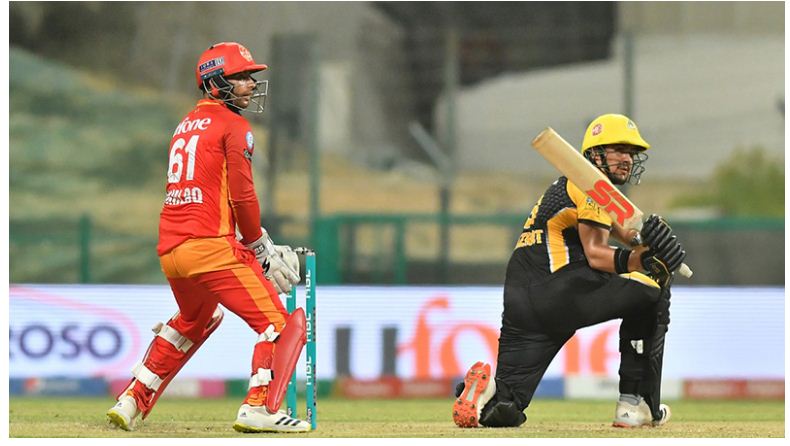 ABU DHABI – Peshawar Zalmi have produced a dominant display and thrashed Islamabad United in the second Eliminator by eight wickets to secure a place in the final of the Pakistan Super League (PSL) 2021 in Abu Dhabi on Tuesday.

After being asked to bat first, United had a poor beginning and at one stage were reduced to 110 for the loss of eight wickets.

However, a record 62-run partnership between Hasan Ali and Mohammad Wasim helped the side in posting a competitive total of 174 for the loss of nine wickets in their allotted 20 overs.

Hasan finished the innings with the top score of 45 off just 16 balls with the help of five fours and three sixes.

In reply, Zalmi lost veteran wicketkeeper-batsman Kamran Akmal in the first over.

However, a 126-run partnership for the second wicket between Hazratullah Zazai and Jonathan Wells eased the side to a comfortable win in the 17th over at the expense of just two wickets.

The left-hander finished with 66 off 44 balls with the help of six fours and four sixes. Wells, who was playing his maiden PSL game, scored a brilliant 55 not out off just 43 balls, which included six fours and three sixes.

Malik also played a handy cameo of 32 not out off just 10 balls, which included five fours and a six.