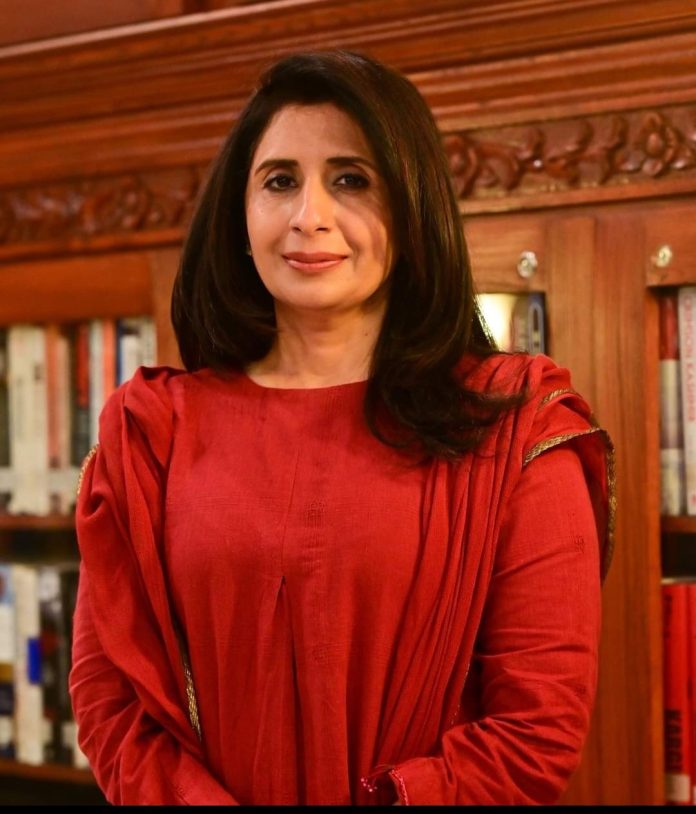 ISLAMABAD,):Pakistan on Thursday said that the journalists in Indian Illegally Occupied Jammu and Kashmir (IIOJK) were working under intense pressure, facing intimidation, assault and arrests which cannot hide the true face of the Indian Occupation from the rest of the world.

The Foreign Office spokesperson Mumtaz Zahra Baloch, in her weekly press briefing, told the media that the media policy enforced in IIOJK was aimed at curtailing free flow of information and to make media a mere propagator of India’s disinformation campaign.

She said the Kashmiri media was barred from covering the actual situation in the occupied territory and not to print statements of the APHC leaders.

“A few weeks ago, a Kashmiri photo journalist, Ms. Sanna Irshad Mattoo, was stopped from traveling to New York to receive the prestigious Pulitzer Prize. Prominent journalists including Asif Sultan, Manan Gulzar Dar, Fahad Shah and Sajad Gul are in illegal detention in different jails. Many more have been summoned, harassed and threatened by the Indian authorities. These draconian measures cannot hide the true face of the Indian Occupation from the rest of the world,” she remarked.

She said as the world was set to mark International Human Rights Day on December 10, we must keep in our thoughts the oppressed people of IIOJK, as the human rights violations in IIOJK continue unabated and their inalienable right to self-determination continues to be denied.

In Indonesia, he attended the 15thBali Democracy Forum, held meeting with his counterpart and also signed a landmark MoU on establishment of a Joint Ministerial Commission (JMC) at the Foreign Minister level.

He is scheduled to fly to Singapore on Thursday night where he will meet Foreign Minister Dr. Vivian Balakrishnan and President Halimah Yacob.

She also mentioned 5th Round of Pakistan-Argentina Bilateral Political Consultations held in Islamabad on December 6, which provided an opportunity for the two sides to discuss matters of mutual interest including trade, agriculture, and investment cooperation.

The spokesperson told the media that Secretary General of the Organization of Islamic Cooperation (OIC) Hissein Brahim Taha will undertake a visit to Pakistan from December 10-12, 2022. This will be his first country visit to Pakistan since assuming office in November 2021.

The secretary-general will call on the prime minister of Pakistan and hold delegation level meeting with the foreign minister. He will also visit Azad Jammu and Kashmir.

Coming to the attack on the compound of the Embassy of Pakistan in Kabul, she said, “We have also noted initial reports of some arrests and claims. We are in active contact with Afghan authorities and are following the situation closely. Pakistan expects a full investigation of the attack and exemplary punishment for the perpetrators as well as the planners.

The spokesperson expressed Pakistan’s deep concern and disappointment over the US State Department’s unilateral and arbitrary designation of Pakistan as a “Country of Particular Concern (CPC).

“This pronouncement is detached from ground realities of Pakistan. Pakistan has a multi-religious and pluralistic society with a rich tradition of inter-faith harmony. Religious freedom and the protection of rights of minorities are guaranteed in the Constitution and enforced through a range of legislative, policy and administrative measures.”

She said Pakistan had noted with deep concern and disappointment that India, the biggest violator of religious freedom, had once again not been included in the State Department’s designation list despite clear recommendations by the US Commission on International Religious Freedom (USCIRF).

“This conspicuous omission raises serious questions about the credibility and transparency of the entire process and makes it a subjective and discriminatory exercise. International concerns over India’s treatment of religious minorities have been the subject of several hearings of the US Congress and reports of UN High Commissioner for Human Rights, the Special Procedure Mandate Holders of the UN Human Rights Council, and reputed international NGOs.”

Regarding the 30th anniversary of the demolition of the historic Babri Mosque in the Indian city of Ayodhya by Hindu zealots, she said it was a sad reminder of the growing religious intolerance in India, which should not be ignored by the international community.

The spokesperson also expressed deep regrets over the non-issuance of visas to its Blind Cricket Team by India for participation in the third T-20 World Cup Cricket Tournament for the Blind.

“As a result of the Indian decision, Pakistani players could not attend an international sporting event of special significance. India’s practice of politicizing sports must end. We have conveyed our deep disappointment and regrets over this incident.”

To a question, the spokesperson said India’s efforts to portray itself as a torch bearer of counter-terrorism efforts are ironic.

“A country, that is vigorously engaging with other countries on the subject of terrorism, is itself involved in a relentless terror campaign in Indian Illegally Occupied Jammu & Kashmir. Its involvement in inciting terrorism inside Pakistan is widely established and documented.”

Asked about the security of Pakistan’s embassy compound in Kabul, she said since the incident on December 2, the Government of Pakistan had increased the security of its diplomats and its missions and is also in contact with Afghan authorities in this regard.