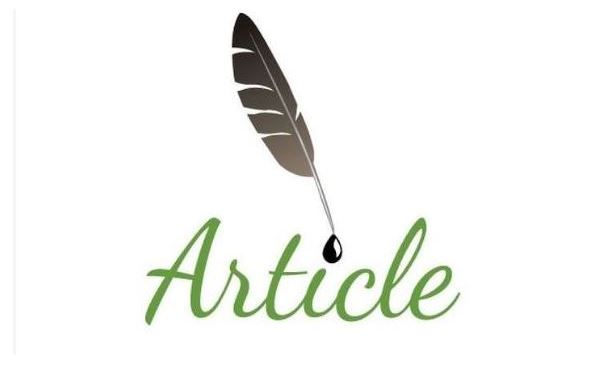 When US intelligence asserted that Iran was selling hundreds of combat drones to Russia, it was signalling more than Iranian support for Vladimir Putin’s invasion of Ukraine.

Suggesting that Russia was not capable of serial producing its own drones, the intelligence served to question further Russian military capabilities, already overshadowed by doubt because of the poor performance of Russian military personnel and equipment on the Ukrainian battlefield.

The disclosure likely also drew Gulf attention to Iran’s potentially expanding role in assisting Russia, and China, in an increasingly bifurcated world at a time that Saudi Arabia and the United Arab Emirates were manoeuvring to put their strained relations with the Islamic republic on a more even keel.

With Russia, Iranian assistance goes far beyond the supply of drones. Iran stands to gain substantially from being a key node in a Eurasian transport corridor that would help Russia circumvent US and European sanctions.

Iran would enhance its geopolitical usefulness by offering a route into Central Asia and Afghanistan that allows India to circumvent its archenemy, Pakistan.

Indian foreign minister S. Jaishankar pushed this month at a meeting in Tashkent of foreign ministers of the Shanghai Cooperation Organization (SCO) to include the Indian-backed Iranian port of Chabahar in the corridor dubbed the International North South Transport Corridor (INSTC).

The SCO groups alongside India, Russia, China, Pakistan, Uzbekistan, Kazakhstan, Kyrgyzstan, and Tajikistan. Iran is set to join the organization in the next year.

Earlier this month, at a summit of Caspian Sea littoral states, Mr. Putin hailed the corridor as a “truly ambitious project” that is the centrepiece of Russia’s efforts to “improve the transport and logistics architecture of the region.”

The Ukraine crisis has given a new lease on life to the INSTC, a 7,200-kilometre patchwork of independently operated railroads, highways, and maritime routes that connect Russia and India through Iran.

If successful, the corridor that traverses Russia, Central Asia, the Caspian, Iran, and the Arabian Sea would reduce travel time from 40-60 days to 25-30 days and cut costs by 30 percent. In addition, its significance could be boosted by hook-ups with Georgia, Azerbaijan, and Turkey.

“The Islamic Republic is indispensable to Russia since transit across its territory links that Eurasian great power with their shared Indian strategic partner, which safeguards Russia’s strategic autonomy in these new international conditions,” said analyst Andrew Korybko.

Alireza Peyman Pak, the head of Iran’s Trade Promotion Organization, expects the corridor to enable Iran to double its exports despite dim prospects for a revival of the 2105 international agreement that curbed the Islamic republic’s nuclear program. A revival would involve lifting at least some of the crippling US sanctions against Iran.

This month’s Russian-Ukrainian agreement to export grain from three Ukrainian Caspian Sea ports under the auspices of the United Nations and Turkey highlighted the body of water’s centrality.

A shipment in June of two and then 39 containers in July of wood laminate sheets from Russia to India’s Jawaharlal Nehru Port in Mumbai served as pilot projects for the corridor.

The cargos left St Petersburg for the Russian port of Astrakhan, from where they were shipped to Iran’s Anzali Caspian port. They were then taken by road across Iran to Bandar Abbas, from where the cargo moved to Mumbai. The entire journey in both cases took 24 days.

At the same time, RZD Logistics, a subsidiary of Russian Railways, the largest multimodal transport operator in the former Soviet Union and the Baltics, launched a new container train service along the INSTC. Its first train headed from Moscow to Mumbai left the Russian capital on July 8.

“These are the new routes east, and Moscow is very serious about getting these put in place, especially as EU sanctions are expected to remain — even after the conflict with Ukraine is over,” said Chris Devonshire-Ellis, a business and investment consultant.

In an illustration of the new routes, India and Uzbekistan agreed to do a pilot shipment to Mumbai through Chabahar in August.

The INSTC has gained significance with a spike in trade between Russia and India, fuelled by Indian imports of Russian oil. Imports in April and May rose by a stunning 272 per cent, with a value of more than US$5 billion or the equivalent in two months of 50 per cent of average annual trade between the two countries that ranges on average between US$8 and 11 billion.

With Mr. Putin in Tehran for a meeting with his Iranian and Turkish counterparts, Ebrahim Raisi and Recep Tayyip Erdogan, Iran and Russia signed a memorandum of understanding under which Russian oil company 335151Gazprom would invest US$40 billion in the extraction of Iranian gas and oil.

Few analysts expect the memorandum to be more than a symbolic statement any time soon. The same is true for a Russian-Iranian agreement to create an alternative international payment system that would be unable to put a dent in SWIFT. The Brussels-based group executes financial transactions and payments between banks worldwide.

That leaves arms and transport alongside the conflict in Syria, and a common desire to up-end a US-dominated world order as the potential cornerstones of relations between two of the key powers that bookend the INSTC. Both countries have sufficient interest in these areas not to allow competition for selling oil and gas to Asia at discounted prices because of the sanctions to stymie their cooperation.

Said security analyst Ali Ahmadi: “Iran…requires…a strategy for turning trade routes into economic corridors that can benefit its own citizens. If Tehran can rise to the challenge, it will have a key role to play in the development of Asia and East-West trade moving forward.”

Dr. James M. Dorsey is an award-winning journalist and scholar.