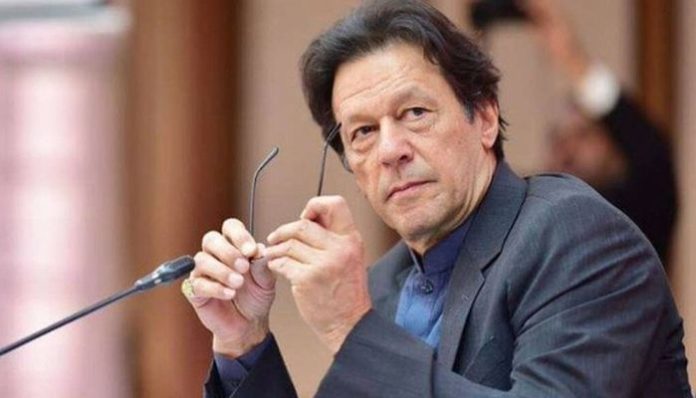 ISLAMABAD: PTI Chairman and former PM Imran Khan stated on Thursday that that the Economic Survey 2021-22 has proven that PTI’s claims about Pakistan’s advancement and economic growth were accurate.

Speaking on a private TV channel show, he remarked that the statistics from the study suggested that Pakistan was thriving during his government. The PTI government has set Pakistan on the path to economic progress and prosperity in the last two years, he said, adding that Pakistan was headed in the right direction.

Imran noted that the economic survey had endorsed that Pakistan’s GDP was 5.74% during the third year of the PTI’s government, adding the FBR had collected a record tax of Rs6,100 billion, while exports that were frozen when the PTI came into power had touched the $32 billion mark.

Moreover, he said that foreign remittances had witnessed a record increase owing to trust in the PTI government by overseas Pakistanis. When he talked about what his government had done for agriculture, he said that production had gone up by 4.4% and that farmers were getting the price of crops on time for the first time.

Responding to the debt rhetoric of opponents, he said the PMLN had left the GDP to debt ratio at 64pc and the PTI had maintained it despite paying double interest. According to the PTI chairman, inflation has been at an all-time high since the incumbent government took office.

Regarding the PTI policy during the pandemic, Imran Khan said that he was under immense pressure to clamp a lockdown on the whole of the country, adding that his government’s smart policy got world acknowledgement, as Pakistan outshoned other countries in the subcontinent in employment opportunities during the pandemic.

He said they did not succumb to the pressure of the International Monetary Fund and kept the interests of the people above everything else and provided them with maximum relief. He pointed out that the PTI government was also asked by the IMF to jack up fuel and electricity prices, but they refused to accept the harsh conditions. He went on to say that during the PTI’s tenure, the petrol price was jacked up by a mere Rs55 per litre, but the ‘imported government’ had raised its price by Rs60 in just 15 days.

Imran regretted that Pakistan was unable to get foreign loans owing to the incompetence of the government while Wapda’s credit rating had also been downgraded. He said NAB and FIA had now been virtually abolished; “The thieves have been made the guardians, so now the corrupt will plunder the country’s wealth with impunity.” He asked the Supreme Court if the changes in the NAB law went with the spirit of the Constitution. He claimed the government was also involved in a ploy to rig the next polls, and that they would soon approach the court against the new delimitation of constituencies.

The PTI chairman claimed that the house of a NAB officer probing cases against ex-president Asif Ali Zardari was raided to intimidate him. He also cited the sudden deaths of FIA officials Dr Rizwan and Maqsood, aka Chaprasi.

Imran demanded inquiries into the deaths of Dr Rizwan and Maqsood, who had mysteriously died of heart attacks. Imran Khan said he would soon give a call for the biggest protest against the injustices being done to Pakistan.

On the passage of the NAB and Election Amendment Bills in the joint session of parliament, he said that these were going to do more harm to the country. He said that when Musharraf gave an NRO to these people, they had increased Pakistan’s debts four times. He said that Shehbaz Sharif would now become the head of NAB and FIA and that money laundering cases against him would be over. The PTI chief said that in any law of the world, the accused had never become a judge.

Meanwhile, Imran tweeted to condole with the family on Aamir Liaquat’s death and wrote, “Saddened to learn of the passing of our MNA Aamir Liaquat.” My condolences and prayers go to his family.”