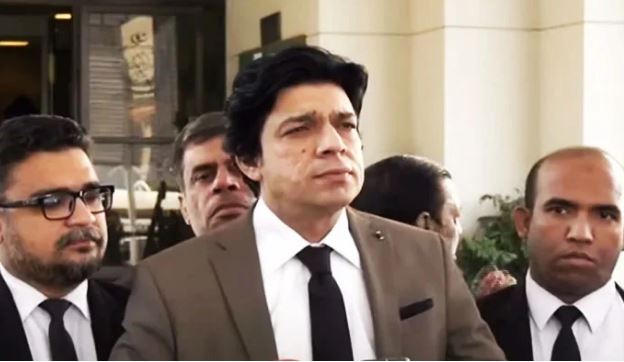 ISLAMABAD, DEC 4: The Supreme Court on Sunday ruled that the Election Commission of Pakistan (ECP) has no jurisdiction under the Constitution to decide upon the pre-election disqualification of a lawmaker.

In its four-page short order, the top court nullified the verdicts of the ECP and the high court and said: “ECP has no jurisdiction […] to inquire into and decide upon the matter of pre-election disqualification and disqualification of a returned candidate.”

The former PTI leader apprised the court that he received a citizenship renunciation certificate from the US authorities on June 25, 2018, the SC mentioned in the order. It further said that Vawda admitted his mistake and apologised unconditionally to the SC.

Vawda was not eligible for contesting elections in 2018, the short order noted, but added that after tendering an unconditional apology, Article 63 (1) (C) was applied to him — and now he can contest elections for the next assembly term.

Hence, the former PTI leader would be considered disqualified till the tenure end of the incumbent parliament’s tenure, read the judgment. He is eligible for contesting the next elections in the country, said the apex court.

The SC also directed the concerned authorities to forward Vawda’s resignation to the Senate chairman for further process.

During the last hearing on November 25, the SC revoked the lifetime ban that barred former PTI from contesting elections after he tendered an unconditional apology before the court.

The election commission had on February 9 imposed a lifetime ban on Vawda as he had concealed his dual nationality at the time of contesting the National Assembly election in the 2018 general polls.

As he appeared before the court that day, the former federal minister told the court that he apologises unconditionally and would accept any punishment that is awarded to him.

Accepting his apology, the apex court ruled that Vawda was disqualified under Article 63(1)(c) and not Article 62(1)(f) — the same law that was used to impose a lifetime ban on former prime minister Nawaz Sharif from contesting elections.

In his apology letter after the hearing, the ex-federal minister admitted that he was not eligible for running the elections — as he had submitted a fake affidavit.