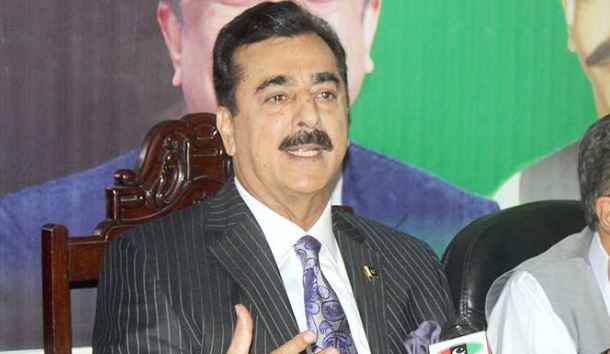 The PPP leader’s remarks came during a conversation with journalists in Lodhran as he took a jibe at Punjab Chief Minister Chaudhry Pervez Elahi on authorising Pakistan Tehreek-e-Insaf (PTI) Chairman Imran Khan with power to dissolve the provincial assembly.

A day earlier, Khan said that CM Elahi has given him “full authority to dissolve the assembly” whenever he wills in an interview with a private news channel.

He also shared his willingness to halt the dissolution of the Punjab and Khyber Pakhtunkhwa assemblies if the coalition government agrees to conduct elections by the end of March next year.

“Imran Khan will not take the risk of dissolving assemblies. He knows that if he does so, elections will only take place in two provinces,” Gillani said asserting that Khan should hold unconditional talks with coalition leadership.

“When Imran Khan did not agree to our demand of conducting elections, how can we agree to his demands?” the former prime minister said, adding that the PTI chief’s “false narrative” has been exposed.

He criticised the Khan-led party for conducting a media trial against the PPP and Pakistan Muslim League-Nawaz (PML-N). Gillani maintained that since the tables have now turned, the PTI is demanding elections out of fear of being “exposed”.

“We have faced imprisonment in minor cases. They are afraid and demand elections as their cases are bigger,” he said.

Commenting on Khan’s claims of PTI winning the next elections, the PPP leader deemed it his “misconception”.

“It is Khan’s misconception that he will get two-thirds majority if elections are held. Our coalition parties are influential in their respective areas and a coalition government will be formed in the future as well,” the former premier said.

Meanwhile, Railway Minister Khawaja Saad Rafique said that people will vote on the basis of performance challenging him to first run the government in two provinces.

Speaking with journalists in Lahore, the minister refuted Khan’s claims of a sweeping win in the next polls and Pakistan Muslim League – Quaid-e-Azam’s confidence in retaining its position in Punjab.

“According to them, our government is limited to 27km. Those who claim about the country not progressing, what have they themselves done with it?” the minister questioned, adding that countries never progress if their politicians keep maligning each other.

“Why are they in a hurry?” the minister questioned the coalition set-up in Punjab regarding their impatience on elections, hinting at fears of accountability. “They have not seen anything yet. We have suffered immensely.”

Commenting on Khan deeming the extension to former chief of army staff (COAS) General (retd) Qamar Javed Bajwa a “big mistake”, Rafique said: “If giving the extension was a mistake, then why was it offered again.”

A day earlier, the PTI chief regretted trusting the ex-army chief and said: “Giving extension to him [Gen Bajwa] was my biggest mistake.”

Khan added that he didn’t know how he was being lied to and betrayed during his tenure.