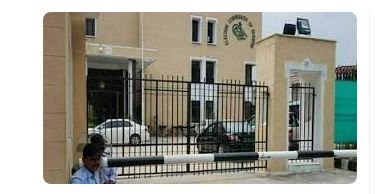 ISLAMABAD, DEC 27 /DNA/  – The Election Commission of Pakistan (ECP) on Tuesday postponed the local government elections scheduled for December 31 in Islamabad following a change in the union councils of the federal capital.

A five-member bench had reserved the verdict earlier in the day after arguments were concluded in the case.

During today’s hearing, former attorney general Ashtar Ausaf, who is representing the federal government in the case, told the bench that the union councils were increased in Islamabad based on the increase in population.

At this, Chief Election Commissioner (CEC) Sikander Sultan Raja asked whether the census report had been published.

“The Islamabad High Court (IHC) also recognised the increase in population but authorised the Election Commission to take the final decision after listening to the government’s point of view,” Ausaf told the bench.

“In the past, even after the schedule was released, elections were postponed. The Election Commission has to decide according to the constitution and the law,” said Ausaf, adding that the ECP cannot deprive citizens of their fundamental rights.

The lawyer also told the bench that the Parliament has passed the legislation increasing the number of union councils, adding that ECP must conduct delimitation in Islamabad in light of the new law.

Meanwhile, a member of the ECP wondered why there was a sudden increase in the population in six months. The lawyer informed that the government reviewed NADRA’s data.

However, CEC Raja said that the delimitation of constituencies was done for Islamabad twice. He also gave the example of Punjab where the exercise was done twice and is now being done for the third time.

“Why did the government not realise at the right time to increase the UCs,” asked CEC Raja. He added that UCs were increased once the election schedule was issued, saying that the government has put the electoral body in a difficult situation.

“In Article 148 of the Constitution, it is written that elections are to be conducted according to the local law. Now, if that law is changed, then what should be done? There should be legislation binding the authorities to hold elections held on time,” remarked CEC. He added that the ECP also faced resistance in provinces over the local government elections.

Meanwhile, Justice (retd) Ikramullah Khan, a member of the bench, remarked that general elections are also supposed to be held, and wondered what would happen to the future of local body elections.

On this, Ausaf assured the ECP bench that there will be no changes in the law and wrapped up his arguments.

Meanwhile, PTI’s lawyer Babar Awan told the bench that the ECP has already issued the schedule and elections are supposed to be held on December 31, reminding that the law has been changed twice.

Awan said that the ECP was being misled by the government.

“The president has not yet approved the bill,” said Awan, adding that the president may send back the bill to the Parliament within 10 days with objections while backing the ECP’s views on the local body elections.

The PTI counsel also said that if the president signs the bill then the law can be challenged in a court of law, adding that under Article 264 even if a new law is made then elections are to be held under the previous law.

The PTI counsel, while wrapping up his arguments, urged the bench to let the polls happen on December 31.

Meanwhile, Jamaat-e-Islami’s (JI) counsel Hassan Javed reminded the bench that the people of Islamabad have been deprived of representation for the last two years.

He told the bench that his party is standing with the ECP. He added that the IHC in its judgment did not challenge the ECP’s order.

“The high court did not declare the authority, opinion or decision of the Election Commission as wrong. It only said that these parties were not heard, take a decision after listening to them, “said the lawyer.

After listening to all the parties, CEC Raja, while wrapping up the hearing, remarked that the voter list has no link with the election schedule.=DNA