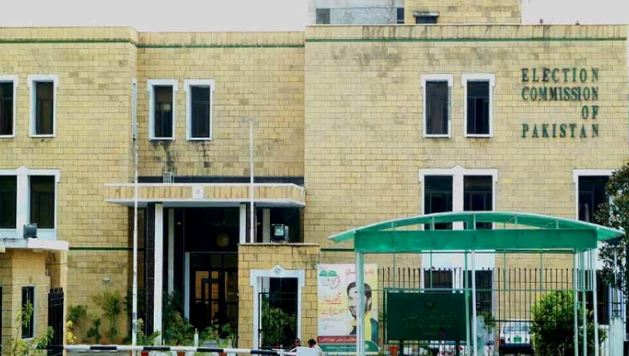 ISLAMABAD: The Election Commission of Pakistan (ECP) Friday decided to hold local government polls in Karachi and Hyderabad as per schedule on January 15, rejecting the Sindh government’s request to postpone the elections.

The decision was taken in a high-level meeting chaired by the Chief Election Commissioner Sikandar Sultan Raja in Islamabad. The ECP took stock of the situation after the provincial government’s announcement.

The PPP government in Sindh, in a surprise late-night move, had postponed the local bodies elections due to reservations of its coalition partner Muttahida Qaumi Movement-Pakistan (MQM-P) over existing delimitations.

It was the fourth time that the polls were delayed by the Sindh govenrment.

The second round of LG elections was scheduled to take place on July 24 last year, but the Sindh government excused itself from holding the polls over the lack of security and police presence due to the flooding. The polls were then scheduled for August 28 and October 23 but were delayed back then as well.

Following the announcement, Jamaat-e-Islami (JI) had announced that the party will hold a sit-in outside the Election Commission of Pakistan’s (ECP) office in Karachi today. However, the JI has now called off its protest.

“There will be a sit-in today at 3pm outside the Election Commission’s Sindh office,” JI Karachi President Hafiz Naeem ur Rehman had announced in a press conference.

The JI leader had alleged that the Pakistan Peoples Party (PPP) led Sindh government was depriving the people of their constitutional right. The elections have been called off in fear of the people’s mandate, he claimed.

Hafiz Naeem had also said that there is no legal provision for the Sindh government to put off the elections based “on a letter.” He also urged Chief Election Commissioner (CEC) Sikander Sultan Raja to take “suo motu” notice.

“How is it possible that two days before the polls, the elections are postponed via a notification,” asked Rehman. He was also of the view that ECP should not delay the polls.

“Election Commission should return the letter to the Sindh government, take suo motu notice and take action against them,” urged the JI leader.

After JI’s press conference, PTI leader Ali Zaidi, in a separate media talk, had also announced that the party will be holding a protest rally outside the Sindh Assembly at 4pm today.

“Citizens of Karachi should reach there and record their protests,” urged Zaidi in a hurriedly called press conference, he held alongside former governor Imran Ismail.

Zaidi said that a “circus” was held at the Chief Minister House between the Muttahida Qaumi Movement-Pakistan (MQM-P) and PPP.

It is unclear whether the PTI will go ahead with its protest or not after the ECP decision.

On the other hand, former ECP secretary Kanwar Dilshad, this morning, had stated that that Chief Election Commissioner Sikander Sultan Raja could reject Sindh government’s decision of delaying the local government polls.

“There is no question of the government taking back delimitation. The CEC under rules 218-219 and 237 can reject the Sindh government’s notification,” Dilshad had said during Geo News show Geo Pakistan Friday morning.

However, Dilshad said that if the Sindh government brings in an ordinance, then the ECP will be helpless and will have no other option but to take back its election schedule.

The second round of local government elections were scheduled to take place on July 24 last year, but the Sindh government excused itself from holding the polls over lack of security and police presence due to the flooding.