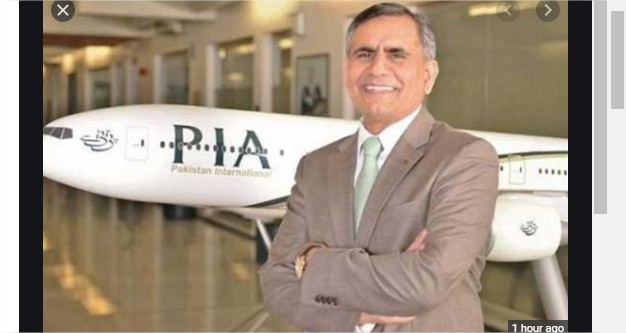 ISLAMABAD, JULY 04 (DNA): Chairman Pakistan International Airline (PIA) Air Marshal Arshad Malik has said that there is no pressure with regard to PIA and all of European Union’s apprehensions will be put to rest after complete arrangements.

pilot licenses while also issuing letters to corporate CEOs across the

ban and operated special flights all over the world, including the

United States, Australia, Africa and South Korea. For the first time in

history, direct flights were also operated from Pakistan to the United

The Chairman said that after taking over the command of the airline, PIA

pressure. Our goals were the promotion of merit, establishment of

banned Pakistan’s flights. In fact, PIA is on its history’s best

position in the safety index owing to gradual improvement over the

on since 2018 after identification by PIA. Pilots and crew with

suspicious credentials were suspended after the investigation but the

issue could have been handled better, he added.

The head of the national airline said that unfortunately the process

went against its intended direction and now, PIA has to defend itself to

the world. He said that another department was responsible for the

reforms in civil aviation. It is hoped that after foolproof

arrangements, EU’s concerns will be addressed. It is essential for the