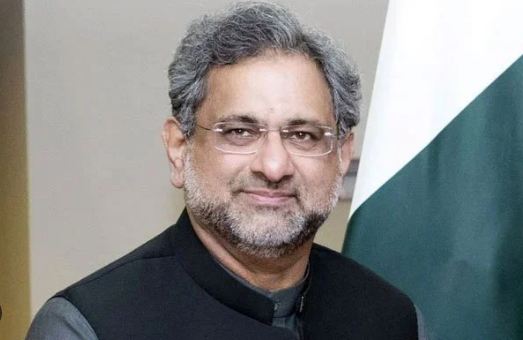 In a wide-ranging interview on Dawn News ‘Doosra Rukh’ which will be aired at 7pm today, Abbasi said it was his “personal opinion since day one” that the amendment was a mistake.

“An extension is an extraordinary act; it should not be made into a routine act,” he said. “The country’s prime minister (at the time Imran Khan) — without taking advice — gave the extension in August [2019], three and a half months before [Bajwa’s scheduled retirement].”

He elaborated that the “mistake was the amendment in the law” after granting the extension. The former prime minister claimed that the decision should have been made in November 2019 but Imran “rushed” to make that decision.

He claimed that the “army’s institution itself would call for it to be repealed”.

Abbasi also said that Imran and retired Gen Bajwa “should sit together and decide who has stabbed whom”, adding that there is “no need to stab [anyone]”.

Former prime minister Imran Khan had previously extended Gen Bajwa’s tenure through a notification in August 2019, but the top court suspended it on Nov 26, 2019 due to irregularities in the manner of extension.

In a rare show of agreement, the government and the opposition reached a consensus in January 2020 over the proposed amendments to the Pakistan Army Act after the federal cabinet had approved them.

The Senate then bulldozed the Pakistan Army (Amendment) Bill 2020 on Jan 8, 2020 along with two other bills, making the COAS’s extension a part of the law.

In a series of criticisms of the former COAS, Imran in December 2022 termed his decision as a “big mistake”.

When asked if any members of opposing parties were brought to their side for the expected vote of confidence, the PML-N leader responded: “I don’t know if he (Elahi) will pass the vote of confidence or not [as] he didn’t come through voting [but] with a court’s order, which was quite ambiguous”.

Regarding the PTI’s aim to dissolve the Punjab and Khyber Pakhtunkhwa assemblies, he said the “assembly can only be dissolved by the person who has the assembly’s majority [and] trust”.