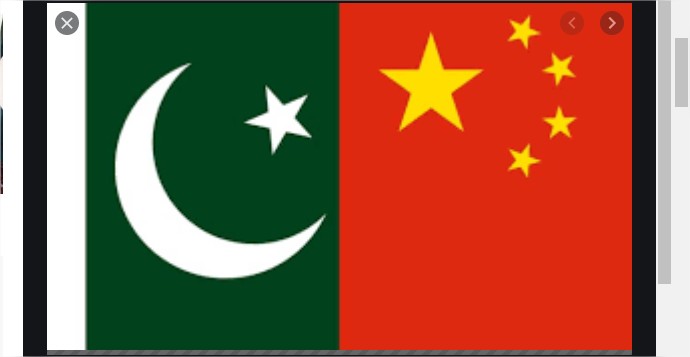 ISLAMABAD, JUL 10 – The agricultural cooperation between China and Pakistan have a huge role in agricultural up-gradation and technological transfer to Pakistan.

The memorandum of understanding (MoUs) between the two countries have provided the right kind of framework that needs to be vigorously pursued the goals of collaboration and cooperation in agriculture sector, said Mr Muhammad Mudassir Tipu, Director-General China at Pakistan’s Ministry of Foreign Affairs, while sharing his views at online dialogue ‘China-Pakistan Agriculture Cooperation’ organized by the Sustainable Development Policy Institute (SDPI) here on Friday.

With the help of technology, hybrid seeds and training to farmers, he said, the productivity of wheat and other crops in Pakistan could be enhanced tremendously. He added further that China has lent valuable support to Pakistan in locus control efforts including the provision of pesticides, drones and other technological support.

Agricultural Commissioner at the Embassy of China in Pakistan, Dr Gu Wenliang on the occasion said that there is a lot of potential in Pakistan to enhance agricultural productivity through the use of better technology. The Prime Minister of Pakistan Imran Khan had shown keen interest in enhancing cooperation and collaboration between the two countries in agriculture sector during his visit to China and MoUs signed between the two countries reflect the same approach on both sides.

He added further that agricultural technology exchange and cooperation in capacity building are some of the key elements of this cooperation and CPEC would be turned into a corridor of agriculture development, joint research labs and research centers. He says Pakistani agricultural products may find huge market space in China and thus, Chinese experts are helping Pakistan to increase the productivity of various fruits, vegetables and crops.

Dr Abid Suleri, Executive Director, SDPI, earlier highlighted the vision behind the China-Pakistan Economic Corridor (CPEC) and said that the next phase of this landmark project has collaboration and cooperation in agriculture as its key component. He said that Pakistan need to learn from China on draught-resistant wheat crops and it’s an encouraging development that the hybrid seeds that are provided by China are already being tested in Pakistan.

“The Special Economic Zones under CPEC should also include ‘Food Security Zone’, Dr Suleri Said. The transfer of technology and investing in food value chain would help Pakistan to curtail imports and to start exporting various food items including the Hilal meat to different parts of the world, he said.

Shakeel Ahmed Ramay, Director Asia Study Center, SDPI, presented an overview of the role of agriculture in Pakistan’s economy and said that this sector is important not only for its contribution in GDP but also to ensure food security and employment opportunities in the country.