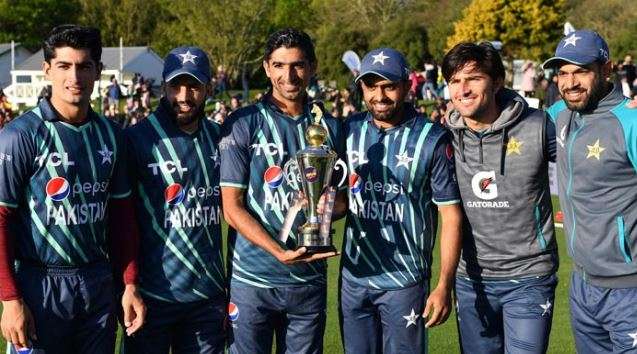 LAHORE: Pakistan have made one change in their squad for the ICC Men’s T20 World Cup Australia 2022 with Fakhar Zaman and Usman Qadir swapping places.

Fakhar has been included in the 15-player squad and Usman has been moved to the travelling reserves.

Confirming the news, the Pakistan Cricket Board (PCB) stated that the change was necessary as Qadir is yet to recover from a hairline fracture on his right thumb that he suffered during the September 25 T20I against England in Karachi.

The leg-spinner will not be available for selection before October 22.

Fakhar will arrive in Brisbane from London along with Shaheen Shah Afridi on Saturday and will be available for selection in the two warm-up matches against England (October 17) and Afghanistan (October 19), during which the team management will assess the left-handed batter’s fitness.

October 27 — vs winner Group B, Perth

October 30 — vs runner-up Group A, Perth