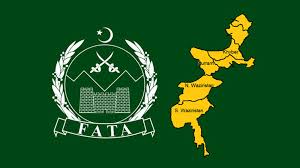 ISLAMABAD, JUNE 25 : Vice President FPCCI KPA Qaisar Khan Daudzai said Fata Pata,TribalAreas (Now Merged in KPK Province) need more relief as requested to relevant department in Pre Budget request from FPCCI. It is appreciated that income tax relief which reduced from 5.5 % to 2% in Oil sector, where as in steel sector 5.5 % in role able, and 3% on shredded and bundle has been reduced to 0% on both, which is appreciable for settled areas businesses,he added.

The governmenthad promised with us to provide tax immunity(in an agreement) till June 10th 2023, instead of providing the relief you remove GST but impose FED (Federal Excise Duty) especially on Ghee sector, which is continued in this budget from Financial Bill, 2019 which is not justified in this environment,this was stated by Qaisar Khan Daudzai, Vice President FPCCI &Incharge Capital Office, Islamabad.

Due to Talibanization and war on terror issues mostly population of the said areas were disbursed in nearest settled areas, but from 2017 till now no proper data collection has been done in this regard. The government mentioned the figuresare not realistic, actual figure in FATA was 10 million whereas as in PATA it was 8.5 million in real. And if we consider growth rate 3% then now it is more than 12 million in FATA and 10 million in PATA. This include 7 districts and 6 FR Regions of FATA, and PATA which includes 9 districts as well, he added.