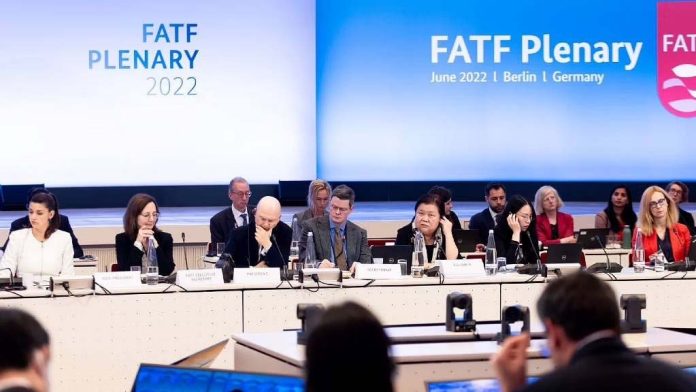 Pakistan was placed in the grey list in 2018 when the incumbent PML N government was ruling the country. During PTI time efforts were made to fulfill FATF conditions which primarily related to terror financing and money laundering issues. Pakistan ostensibly did a great job by complying with the conditions even during the PTI government time however the country was not taken out of the grey list.

When it comes to fulfilling the FATF conditions, there is no second opinion that the Pakistani military established led by Army Chief General Qamar Javed Bajwa played a key role. The Establishment made sure that banned outfits are not allowed to operate. Similarly they also ensured that no financing whatsoever is made to these outfits.

All this was done when the establishment and the PTI government led by Prime Minister Imran Khan were on the same page. But despite achieving the targets set by the FATF, Pakistan was not removed from the grey list at that time simply because the then PTI government was at odds with the USA and a few FATF member countries. But soon after the removal of the PTI government, the FATF has now extended its benevolence to Pakistan.

The Foreign Minister Bilawal Bhutto Zardari however on Sunday while welcoming Financial Action Task Force’s unanimous acknowledgment of completion of action plans, reaffirmed that the government of Pakistan was committed to continue this positive trajectory of reforming the financial sector as part of its larger strategic objective of strengthening the economy.

The foreign minister, in a statement issued by the Foreign Office spokesperson, said that announcement by the FATF plenary of granting an on-site visit to Pakistan was a welcome development. It also reflected the remarkable progress made by Pakistan to enhance the effectiveness of its AML/CFT regime, he added.

“I am certain that this good news from FATF will restore confidence in Pakistan’s economy and act as a catalyst for sustained growth and development. Let me reiterate the Government of Pakistan’s high level commitment to continue aligning our AML/CFT regime with global standards,” the foreign minister said.

It is also a fact that both PML N and the PPP had opposed the FATF legislation. In fact both parties chose to walk out of the House when the PTI government tabled the FATF related law bills in the Assembly. The PTI Chairman Imran Khan and other leaders pointed out this fact in their speeches delivered during their Sunday’s protest rallies against the price hike.

It is still unclear what immediate relief Pakistan would get once taken out of the grey list. As regards terror financing issue, the matter seems to have been resolved fully but when it comes to money laundering and other financial irregularities much is still needed to be done. The core question before the inspection team when it arrives in October this year would be as follows,” Does the Pakistan government have delivered justice to those involved in the money laundering and other financial irregularities?