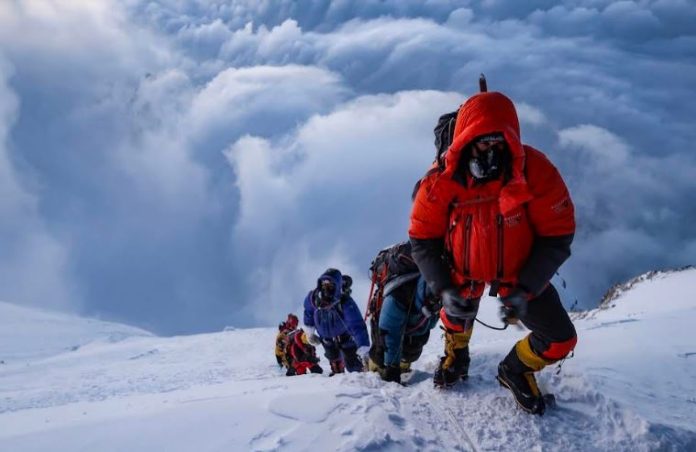 ISLAMABAD: This is with reference to the story based on so called Mountaineering Rapid Response Brief by DevCompublished in various newspapers on 19th June, 2022. It appears as an attempt of distorting image and damaging goodwill of Alpine Club of Pakistan.

In this report, it has been pointed out that the ACP management comprised of unprofessional people. This view is not based on facts as most of the management members of ACP are well equipped with relevant knowledge, skillsand experience. The management includes people with wide experience of decades in climbing at High altitude as well as at lowerpeaks.About the views that ACP is a Cartel, it is stated that ACP management is not a cartel. Its membership and executive committee is based on its Constitution and structurerepresenting from provinces/regions, departments and professional technical officials as prescribed by the Pakistan Sports Board/Ministry of IPC., as well.

With reference to the concern raised regarding secrecy of mountaineers who were awarded by CoAS, it is stated that the details were not shared with the writer as in his earlier informal communication and threatening calls of blackmailing restrained us to share with him and avoid its misinterpretation. Now it is evident from the Brief how he has exploited views against ACP with taking opinion of the ACP management.

In response to the allegation of  AskariutPasundiof ACP or  liking of ACP for Pak Army, definitely, we like as an institution, as we are proud of them. Besides, Pak Army have been supporting ACP since it inception through its formations. FWO provided office accommodation and storage facilities to ACP for many years. They also provided training base at Nilt near Passu for training of mountaineers where hundred of mountaineers, Instructors and guides were trained.

The issue of NoC or permit for foreign mountaineers; primarily relates to Tour Operators business; not Pakistani mountaineers – the primary concern of ACP. The issue of foreign mountaineers relates to Gilgit-Baltistan Government. On its recommendations, Mr. Abdul Jabbar Bhatti was granted Rs.5.0 million cash award and decorated with civil award as well. Similarly, Hassan Sadpara was granted cash award and civil award besides Pakistani mountaineers have been granted cash Awards by the CoAS and so on.

With reference to Hassan Jan’s views about capturing of business and livelihood of local High Altitude Porters by Nepali Sherpas, it is stated this issues does not relate to ACP. The writer is not aware of the relevant Rules, therefore such expectation would not have been raised from ACP. High Altitude Porters are hired under the Rules and Procedure (Mountaineering Rules for foreign Mountaineers) laid down by the Government. Presently, the Government of Gilgit-Baltisanis responsible for these Rules. The writer would not have given an impression that ACP is responsible for it. ACP has played an effective role to build the capacity of mountaineering related stakeholders including High Altitude Crew, trekking guides, clean up mountains and plantation in mountain areas.

About issue of nepotism in the story, it is stated that  ACP always, selected athletes for domestic mountaineering expeditions in Pakistan and abroad for trainings, competitions abroad on merit who enjoy top positions in national climbing events. However, elite athletes with high rankings at national level are provided foreign exposure for learning through participation in competitions on slef-finance as well.

In short, the story published on the basis of Brief is primarily meant to damage the image and goodwill of ACP to provide some  space for DevCom to compete. ACP management, with financial constraints, is striving hard to promote  climbing and its associated activities as enshrined in its Constitution.Most of the mountaineers have expressed their satisfaction over its performance from time to time and other stakeholders like Pakistan Sports Board etc.also appreciated its efforts on different occasions. Therefore, the Brief under discussion is based on false information, lack of knowledge, malafide and seems to be a pack of lies. This Brief is required to be reviewed by DevCom, in the light of above observations, otherwise ACP has right to take appropriate action, under the law of the land.