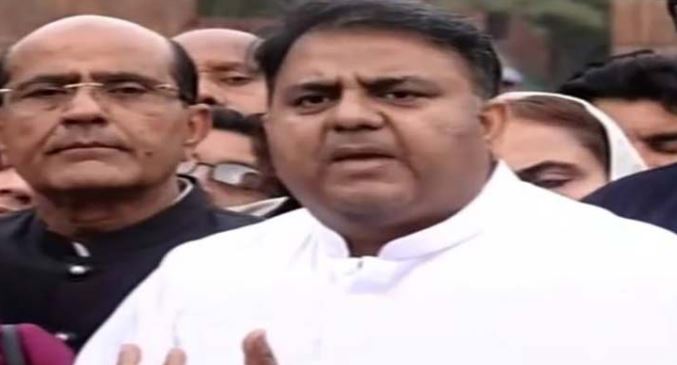 Addressing the media, Fawad Chaudhry lamented that the FIR is not being registered over the assassination attempt on PTI chairman Imran Khan, saying that it has to be determined whether Pakistan will run as per the constitution or not.

The former federal minister [Fawad] added that now let the masses take a decision as the ‘ghost of the conciseness’ has come out of the bottle, which will not return now.

Sharing his views on the judicial commission, Fawad said that the PTI has accepted the proposal of PM Shehbaz Sharif on the judicial commission. The PTI leader went on to add that the transparent investigation could not be held till the resignation of those people, saying that therefore, before the investigation gets started, the mentioned people should tender their resignation.

Claiming that the Punjab CM and his cabinet could not do anything because of the hostage system, Fawad said with the captivation of different groups, the masses could not get their rights.