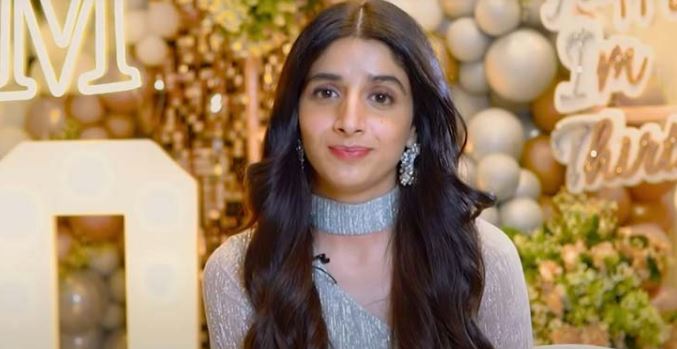 LAHORE – From her comical debut in Khichari Salsa to gaining stardom across borders with “Sanam Teri Kasam”, Mawra Hocane holds a prominent place in entertainment.

Recently, the well-acclaimed “Sabbat” actor bagged eight million followers on Instagram, marking her one of the most sought-after Pakistani celebrities on social media. On Thursday, she broke the exciting news to her fans, thanking them for their endless love and support.

She also announced the launch of a new YouTube channel, “M-LIVE.” The starlet posted a teaser on social media to introduce herself.

In her first YouTube upload titled “30 profound things,” the actress revealed her obsessive love for cricket. Mawra pointed out her continuous support for the Pakistan cricket team, and further highlighted some notable players from the national and foreign teams.

She shared, “Nobody is allowed to tell me in comments or in real life that I’m a wannabe cricket lover. When the world cup arrives, I always act as my guy friends react.”

In the end, Mawra sent out a public service message to men, saying, “You need to stop telling girls that they don’t know anything about cricket because when the world cup arrives, we know everything.”

The video has garnered hundreds of views, becoming a viral sensation online due to the actor’s comment on the misogynist mindset of some male cricket fans. Mawra has promised to release many videos on her channel including skincare advice, yoga routine and snippets from her life.

Mawra has been an avid cricket fan, attending various tournaments, and broadcasting her love for the game on social media. Earlier in 2021, she even publically supported Sohaib Malik after his dispute on a show with anchor Dr Nauman Niaz went viral. In 2022, she praised Pakistan’s win against India at the T20 Asia cup in Dubai.

“Bismillah. Wishing for everything to be prosperous and more for my green, my Pakistan. P.S re-using an outfit from five years ago because it’s green.” she expressed.