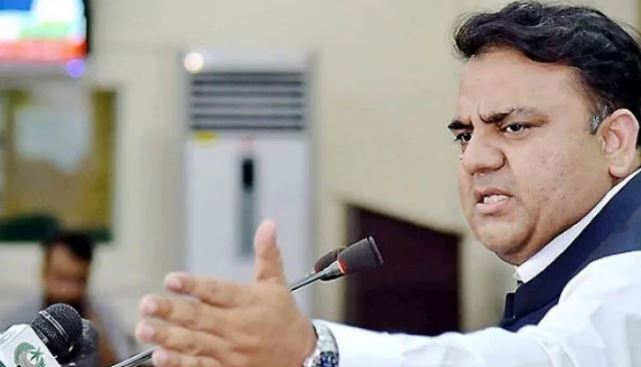 ISLAMABAD, DEC 11: Pakistan Tehreek-e-Insaf (PTI) Senior Vice President Fawad Chaudhry on Sunday warned the ruling coalition that the party will order the dissolution of assemblies in Punjab and Khyber Pakhtunkhwa if a final date for next general election is not announced by December 20.

PTI Chairman Imran Khan has warned to dissolve the provincial assemblies in order to pressure the government into snap polls.

“Leaders of the imported government don’t want polls and they have no idea how to run the country,” the former federal minister claimed on Twitter. He criticised the members of ruling coalition saying that the country’s affairs are not run by appointing ministers and making foreign visits.

Fawad said that running the country is a “complicated and difficult” task and “these rulers don’t have the ability” to do it. Pakistan needs political stability which is not possible without a stable government, he added.

“If Pakistan Democratic Movement (PDM) doesn’t bring a formula for holding general elections by December 20, the Punjab and KP assemblies will be dissolved,” Fawad said.

He said that the process of general elections in the two provinces will be completed by March 20 and PTI has complete trust of its allies in this regard.

Contrary to Khan’s announcement that the provincial assemblies of Punjab and Khyber Pakhtunkhwa would be dissolved during this month, the Punjab chief minister on December 5 said that he did not see elections taking place in the next four months

“It does not matter if the National Assembly is not dissolved. New governments would be formed in Punjab and KP in March after the elections,” he added.

Fawad said that Khan is playing the role of a bridge between the people and the state. “Our agenda is only one. When will the elections be held?”

Unfortunately, the institutions have not changed their role as apolitical, he added.

“Cases have been filed against the Election Commission of Pakistan and its members,” he said and expressed his disappointment over the judicial system in view of recent verdicts.

The PTI leader stressed the need for restricting the establishment to its constitutional role.

‘Will dissolve assemblies this month’

On December 3, Imran Khan announced the dissolution of the provincial assemblies of Punjab and Khyber Pakhtunkhwa this month.

Addressing his party’s parliamentary members from KP via video link, the ex-premier had said that the party was ready for talks with the coalition government, led by Pakistan Muslim League-Nawaz (PML-N), if they were willing to give a date for the general elections.

Commenting on the PTI and PML-Q’s coalition in Punjab, Khan had said CM Elahi had given him the authority to dissolve the assembly.

“We will dissolve the provincial assemblies this month and move towards the elections. Our members should prepare for polls. We will soon announce the dissolution of the assemblies,” the deposed prime minister said.

On December 5, the CM Punjab had said that he did not see elections taking place in the next four months.

In an interview with a private news channel, he had said: “Elections cannot be held before four months; the federal and provincial governments need time to work and the elections may be delayed even after October next year.”

Although the PML-Q leader had repeatedly said that he fully backed the PTI chief’s decisions, his statement is in contrast with Khan’s threats of dissolving the assembly soon.

CM Elahi also reiterated that former chief of army staff (COAS) General (retd) Qamar Javed Bajwa had asked the PML-Q to side with the PTI.

“General Bajwa sahib asked us to support Imran Khan. God changed our paths which were headed to the PML-N (Pakistan Mulsim League-Nawaz) and sent General Bajwa to show us the way,” he said.