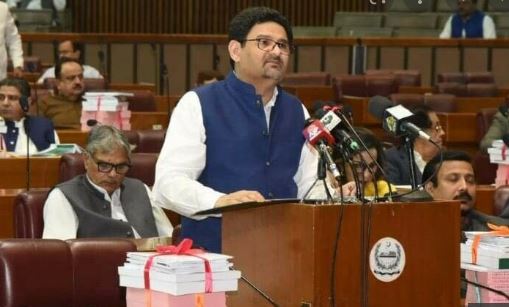 The federal budget, Dr Suleri said, is already in deficit as more than half of it has been allocated for the non-discretionary expenditures, including debt servicing and defense. He was of the view that the government will have to arrange additional Rs 4.6 billion in loan to meet the fiscal year’s expenditures.  He also predicted an impeding food crisis where food commodity prices will increase and an overall increase in inflation of nearly 15% is expected as an aftermath of the Russia Ukraine crisis.

Dr Vaqar Ahmed, SDPI Joint Executive Director, said that according to independent economists, inflation is projected to exceed 18% instead of 11% as projected by the federal government. At the same time, Rs 7 trillion tax collection goal set by Federal Bureau of Revenue is also less likely to be achieved. He said that the country might get into hot waters with IMF over the issue of petroleum tax levy, which might have to be revised later. The government has not demonstrated ingenuity to improve the redistribution of wealth by bringing the self-employed persons in the higher tax net, he said, adding that the overall impact of taxation in textile, automobile, construction, chemicals, food processing, fertilizers and IT sector will be negative due to regressive taxation. However, the paper, pharmaceutical, solar energy as well as film and entertainment industry will experience positive impact of the tax exemptions.

Dr Sajid Amin, SDPI Deputy Executive Director, remarked that the current federal government had its hand tied as we are currently facing an unprecedented economic crisis. He said that social sector development might have to be sacrificed to meet the revenue targets and decrease expenditures. He remarked that the government has announced PM’s Petroleum Relief Programme to provide relief to families earning less than Rs 40,000, but the duration of the programme has not been revealed. Moreover, as per the estimates presented in the budget speech, it seems that it will be executed for three and half months only. He was of the view that in order to satisfy the IMF regarding revenue generation of Rs 540 billion, the government will have to eventually make significant increase in petroleum levy which will inevitably hike inflation to 15%. This is not inclusive of other domestic and global influences, which have significant impact on inflation. Elaborating on the State Bank’s Inflation rate, he said the current interest rate will slow down economic growth by 1.5% and make it more difficult to achieve the set targets for revenue generation.

It was proposed by the panelists that the government should ration all resources as the times ahead will be extremely tough. The government was also urged to target taxation of wealth and not just limit it to income and salary to improve redistribution of wealth, provide social security and relief to low-income families which fall in the threshold of Rs 40,000-70, 000 monthly family income.