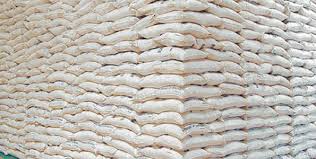 ISLAMABAD : Prime Minister Imran Khan has chaired a session of the federal cabinet to deliberate upon important national issues including inflation, railways and revival of Pakistan International Airlines (PIA).

The cabinet members welcomed the appointment of Dr Waqar Masood as special assistant on revenue. The cabinet also reviewed the government steps for reducing inflation.

During the briefing, PM Imran Khan has been informed that steps are being taken for decreasing the prices of essential commodities and artificial hike in flour rates will end after the wheat imports. It was told that the first shipment of wheat reached the country and remaining shipments will arrive in Pakistan soon.The federal cabinet members decided to launch crackdown on profiteers and hoarders of sugar in order to bring down its prices.

In the session, Federal Minister for Railways Sheikh Rasheed presented the revival plan of Pakistan Railways and raised the issue for the payment of pensions to the employees.

The members were briefed that Karachi Circular Railway (KCR) will fully revive in three phases. Rasheed said that the Supreme Court (SC) had directed to restore the KCR at earliest.

Moreover, the annual financial report of the national flag-carrier, Pakistan International Airlines (PIA), was also presented before the federal cabinet.