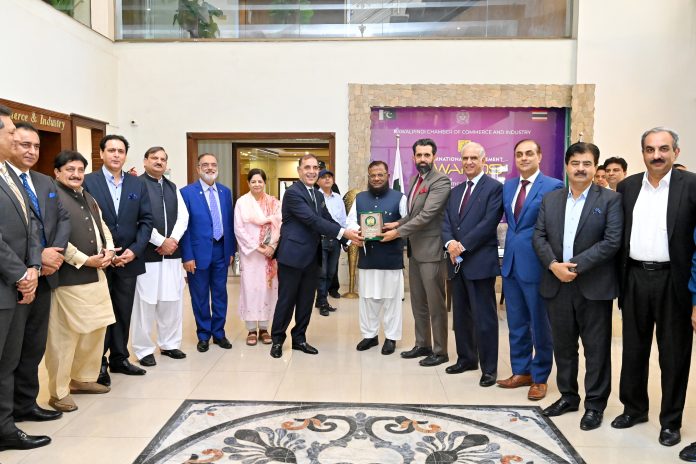 A presentation on six months performance of FTO was also presented on this occasion. Dr. Asif Mehmood Jah while giving briefing to media said that the performance has been good in six months.

About 3,000 complaints were received, out of which 2,650 were redressed. The time for redressal of complaints has been reduced from 68 days to 40 days, he added. He said that the FTO office was not only handling taxpayers’ complaints but was also checking maladministration in tax matters through suo motu cases and inspections.  More than 75 suo motu cases were taken up during the last sixth months, he further added.

To provide quick and cheap justice to taxpayers FTO is also solving the problems of taxpayers through social media.

On this occasion, Chamber President Nadeem Rauf said that FTO’s communication and contacts with the business community have improved, this is the fourth time that the Federal Tax Ombudsman visited the Rawalpindi Chamber.

Group Leader RCCI Sohail Altaf said that the appointment of Business Advisor by FTO has proved to be a welcome initiative which has not only helped in resolving tax issues but also brought the business community together with FTO. A partnership relationship has developed. It has helped in promoting a favorable tax culture. A question and answer session was also held on this occasion.