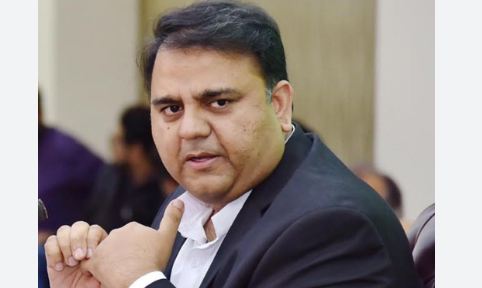 Says no important leader participate in the conference

ISLAMABAD: Pakistan Tehreek-e-Insaf (PTI) Senior Vice President Fawad Chaudhry fired broadside at the Prime Minister Shehbaz Sharif and the cabinet for spending huge amount on their flopped trip to Geneva to participate in donor conference since the entire conference was held via video link, as no important leader participated in the conference.

Fawad Chaudhry, in a statement on Monday, said that in the donor conference, France, the host, gave $ 10 million but not a single important leader participated in the conference.

He stated that if the entire conference was to be held through video link, why was there a need to go to Geneva? “The money did not come, but several lakhs of dollars were spent on the visits of the Prime Minister and his cabinet,” he added.

Lashing out at the PML-N, Fawad stated that he had already said that lying was integral part of the life of the leadership of the PML-N. He said that seventeen bills were passed in the Punjab Assembly on Monday, while N-league kept running away from the count. If they had the required numbers as Khawaja Asif, Saad Rafiq and others were claiming, then they would have stopped the legislation, adding that another defeat was destined for the PML-N.

Talking about the current severe wheat and flour crises in the country, Fawad Chaudhry revealed that even now, Alhamdulillah 125 shelters homes were functioning and one lakh citizens eat from the facilities daily.

PTI Chairman Imran Khan opened the shelters with the donations of philanthropists instead of the government and these people were still managing and maintaining these shelters, he added.

Apart from the flour crisis, Fawad alarmed that very serious situation has arisen as life saving drugs are out of shelves and there is likelihood of severe shortages as per this media report.