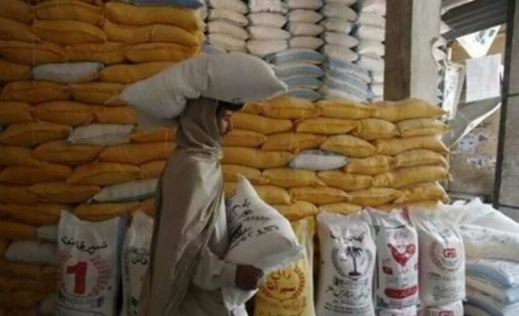 The commissioner instructed Deputy Commissioners (DC) and Assistant
Commissioners (AC) to keep a check and balance of flour prices in their
assigned areas.

It is pertinent to mention here that the flour millers are selling flour
between the rate of Rs110 to Rs 130 per kg.

Earlier this month, Sindh millers have reduced the prices of flour by
Rs55 per kg after the provincial government released subsidised wheat
quota to mills.

According to details, the flour prices have been slashed to Rs95 –
reducing Rs55 per kg – after the provincial government released
subsidised wheat quota to mills.

The Sindh Food Department has also issued a notification of additional
quota of government wheat. “An additional quantity of 165,000 metric
tonnes of wheat has been released to flour mills,” the notification
stated.

It further stated that the additional quota was released to millers for
remaining 18 days of January. The wheat would be released at the rate of
Rs85 per kg.

“The mills should be bound and committed to sell the wheat flour at the
rate of Rs95 per kg in the open market,” the notification stated.

Sources said that all Sindh mills will submit a written report on flour
sales to Food Department on a daily basis.