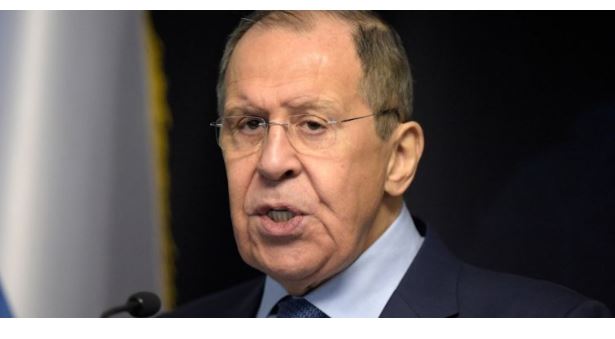 MOSCOW: Russian Foreign Minister Sergey Lavrov said Saturday that the West does not allow Ukraine to conduct talks with Russia. Lavrov accused the West, led by the UK and the US, of turning Ukraine into an instrument of restraining and exhausting Russia.

He said in an interview with the public broadcaster of the Republika Srpska, RTRS, that the West forbade Ukraine to continue negotiations with Russia which had accepted Ukrainian proposals two months ago as a basis for developing a resolution.

They forced Ukraine to tighten its stance against Russia, he said.

Referring to economic sanctions on his country, Lavrov argued that the penalties backfired and are harming the West more than Russia.

“Russia subsequently turned to its own forces and reliable partners,” Lavrov said, adding that his country, previously imported a large volume of agricultural products that have turned it into the largest agricultural country in the world.

Particularly, on the sixth sanctions package adopted Friday by the EU and restrictions on transportation of Russian oil by sea, Lavrov said the oil market does not follow political whims and orders.

According to UN estimates, at least 4,113 civilians have been killed and 4,916 injured in Ukraine since the war began with Russia, with the true toll believed to be much higher.