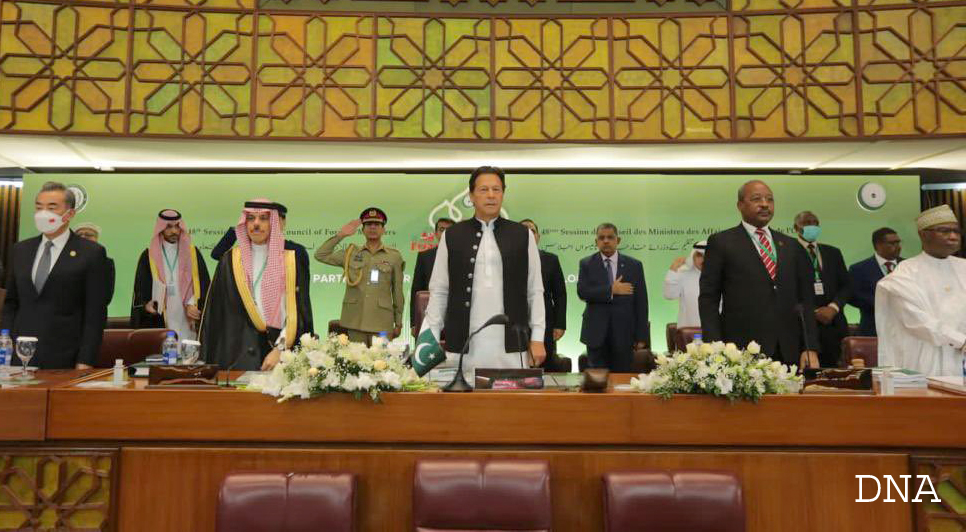 ISLAMABAD, Foreign Minister Shah Mahmood Qureshi on Tuesday said it was time for the Muslim Ummah to forge a collective response to the current turmoil inside its borders and the ongoing global transition.

“We must be a reliable partner in forging unity, justice, and development across the globe, but not anyone’s accomplice in aggression or domination,” he said in his address at 48th Session of the Organization of Islamic Cooperation (OIC) Council of Foreign Ministers after Pakistan assumed the Chair.

The foreign minister said time had come for OIC to strengthen and equip itself to address contemporary challenges and conflicts confronting the Muslim Ummah.

He mentioned that the Muslim world was facing the conflicts in the Middle East, prolonged foreign occupation, and the denial of the right to self-determination, most notably to the people of Palestine and Kashmir.

“The Muslim world’s resentment is increasing due to frequent external interventions in Muslim countries,” he said.

He pointed out that left unaddressed, these conflicts and disputes undermined the unity and solidarity of OIC countries, exposed the countries to foreign interference and intervention, fueled terrorism and extremism, and deflected attention from development goals.

FM called upon OIC states to act as “reliable partners, not accomplice in aggression”

To help forge a collective response, and under the theme of ‘Partnering for Unity, Justice, and Development,” the foreign minister stressed uniting for justice for the rights of Muslims under occupation and conflicts with countries beyond the Ummah.

“This should also include the urgency of addressing the pervasive Islamophobia facing Muslims in non-Muslim majority countries,” he said.

He mentioned the verses of the Holy Quran as saying: “Hold fast all of you, to the cord of Allah and be not divided”

The foreign minister proposed convening an OIC Ministerial Conference during 2022-2023 to assess the need for establishing a peace and security architecture akin to all other regional organizations.

He said Pakistan stood ready to play its part as a bridge-builder in promoting regional and OIC-driven solutions to internal conflicts.

He said it was a matter of pride for us to host this meeting in 2022 which marked the 75th Anniversary of Pakistan’s independence.

“Promoting solidarity and cooperation within the Muslim Ummah is one of the central pillars of Pakistan’s foreign policy. As Chair of the OIC-CFM during 2022-23, Pakistan’s overarching goal shall be to solidify this bridging role further,” he said.

He commended the leadership role of the Kingdom of Saudi Arabia as the OIC Summit Chair.

Qureshi termed the OIC as the collective voice of nearly two billion Muslims and also a bridge among Muslim nations and the international community.

He also highlighted the collective recent achievements including holding the CFM on Afghanistan, establishing the OIC Humanitarian Trust Fund appointment of Special Envoy of the OIC Secretary General and launch of Afghanistan Food Security Programme.