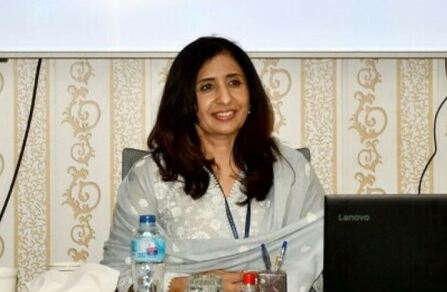 ISLAMABAD: The Foreign Office (FO) on Friday said it was “looking into” the allegation of indecent questioning by a member of its staff with an Indian woman at the Pakistan High Commission in New Delhi, adding that it “has zero tolerance for misbehaviour and mistreatment”.

According to India Today, a Punjab University professor and department head alleged that she was asked uncomfortable questions by a staffer at the high commission when she went to apply for a visa.

“He asked me why I wasn’t married. How do I live without marriage, what do I do for my sexual desires,” the woman claimed, adding that the official persistently kept asking his questions despite her attempt to change the topic.

The professor was planning to visit Lahore to deliver a lecture at a university and to photograph monuments. She wrote to the Indian External Affairs Minister S Jaishankar, asking the matter to be taken up.

In a statement today, FO Spokesperson Mumtaz Zahra Baloch said: “We attach high importance to proper etiquette and behavior towards all visa and consular applicants.

“All our diplomatic staff is under strict instructions to conduct themselves professionally.”

However, the FO spokesperson expressed surprise over the timing of the alleged incident and “the manner in which it has been raised”.

“There are robust mechanisms in place for the redressal of all public grievances,” she added.

Bilateral ties between the two nations have been strained to say the least. Last week, the FO asked India to stop levelling bogus charges and end its support for terrorism in Pakistan.

“For the last several years, India has engaged in a malicious campaign to mislead the international community through a fictitious narrative of victimhood and vile anti-Pakistan propaganda. This practice must stop,” Spokesperson Baloch had said in a statement.

She was responding to a new tirade unleashed against Pakistan by Indian Foreign Minister Jaishankar during his visit to Vienna.

Jaishankar, at a press conference with his Austrian counterpart Alexander Schallenberg, said: “Since the epicentre is located so close to India, naturally our experiences and insights are useful to others.”

Later in his media interviews, he defended calling Pakistan the “epicentre of terrorism” and said he could have used tougher words. “I could use much harsher words than epicentre. Considering what has been happening to us, the epicentre is a very diplomatic world as this is a country which atta­cked our parliament some years ago,” the Indian external affairs minister had said.

It was not the first time that Jaishankar hurled such an accusation against Pakistan. He had in a press interaction after a meeting of the UN Security Council in December described Pakistan as the “epicentre of terrorism”, prompting Forei­­gn Minister Bilawal Bhutto-Zardari to remind him that “butcher of Gujarat” was the Indian prime minister.