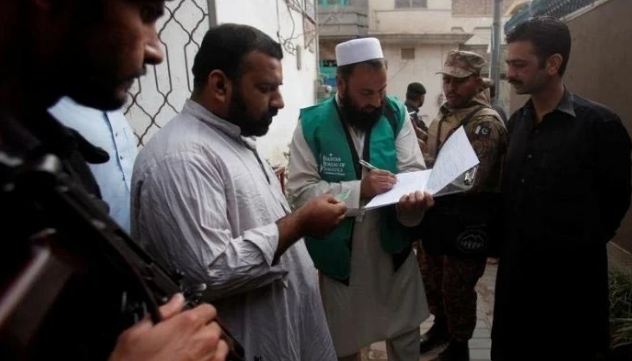 ISLAMABAD: Pakistan’s first-ever digital population census is set to collect data from 185,000 blocks in March 2023 without the requirement of having computerised National Identity Cards (CNICs), The News reported Friday.

Pakistan’s census this year is going to be digital for the very first time in the country’s history, said Pakistan Bureau of Statistics (PBS) Chief Statistician Dr Naeem Uz Zafar.

All the preparations are rolled out and the team is now ready for the gigantic task. “The effort is entirely indigenous; all the systems devised and the tools created are by our own experts,” he said.

He was addressing a seminar, themed “Census 2023: All You Want to Know About” at the Pakistan Institute of Development Economics (PIDE) Islamabad on Thursday. He said the census is an important national activity that is linked with resource allocation to provinces, representation in national/provincial assemblies and the delimitation process. Therefore, the credibility of the census is of utmost importance. This is what called for comprehensive introspection leading to a solution acceptable to all that is the digital census.

He apprised the audience that after the results of the 2017 census were approved in the 45th Council of Common Interests (CCI) meeting held on April 12, 2021, the CCI gave directions for the next census to start as early as possible and which should be according to international best practices by using the latest technology.

The Government of Pakistan then constituted a committee of renowned demographers and experts with comprehensive TORS to bring transparency, credibility, and wider acceptability of census processes and results. For this, a board-based stakeholders’ engagement was carried out in order to have ownership of the process.

Earlier, in his opening remarks, Dr Nadeem ul Haque, vice chancellor, PIDE, said that censuses remain controversial in Pakistan, at times delayed for over a decade. Now that we are moving toward the new census, it is time to raise all the concerns and questions we have, he said.

“The PBS has estimated that there will be a total funding requirement of Rs34 billion for holding census exercise out of which Rs10 billion have been provided to PBS while they have requested the Finance Ministry to release the remaining amount of Rs24 billion,” said top official sources.

Sources said for the first time, self enumeration facility will also be made available. Household geotagging will be done to accomplish the exercise. There will be 126,000 enumerators collecting data from 185,000 blocks from all over the country.

Each enumerator will be responsible to collect data from two blocks in 30 days of March 2023. The PBS has already held a consultation with director general military operations (DGMO) and the army showed its readiness to spare personnel for providing security.

The population census will be done on a de-jure basis as everyone will be counted where he or she stayed in the last six months and hold a plan to continue staying in the same place for the next six months.